Four rescued from raft as coastguard scrambled after boat runs aground

The Ocean Maid BA55 is now thought to be sinking after getting into difficulty off Cairnbulg on Monday morning. 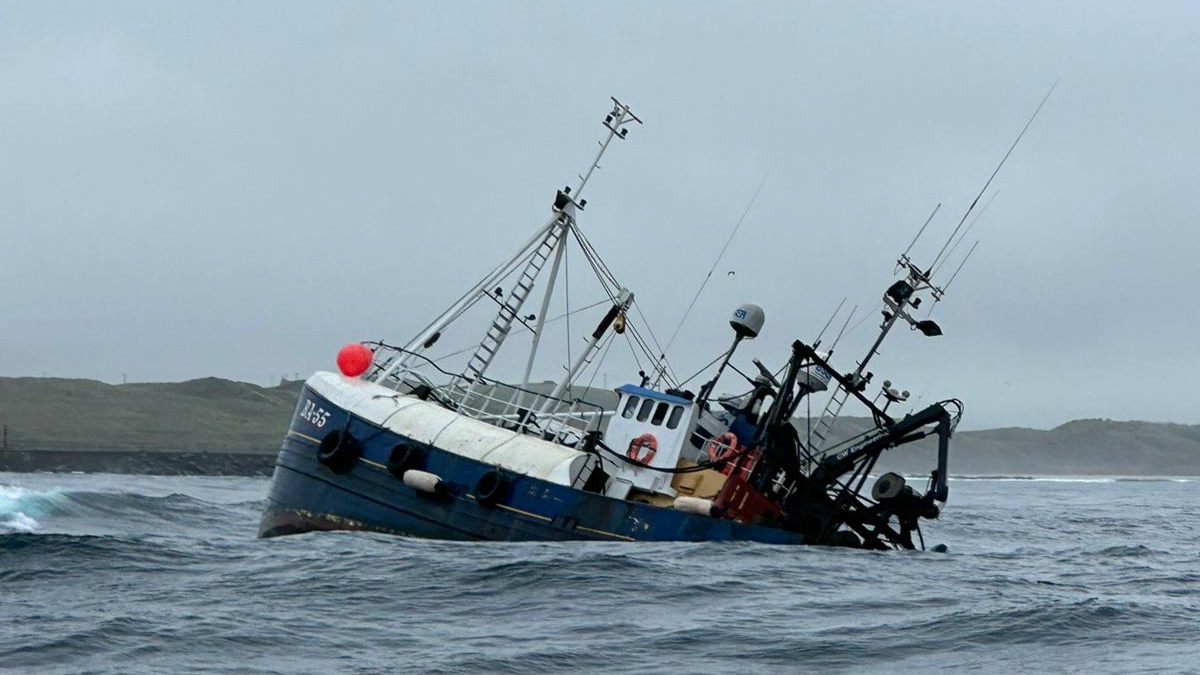 The crew of a fishing boat has been rescued from a life raft after the vessel ran aground off the coast of Aberdeenshire.

One man was taken to hospital after coastguard teams from Fraserburgh and Peterhead were dispatched to the incident involving the Ocean Maid BA55 at Cairnbulg shortly after 5.50am on Monday morning.

The Fraserburgh RNLI boat was also scrambled to aid in the operation, though three members of the crew were said to be “fine” after an initial check by Scottish Ambulance Service responders.

A fourth was taken to Fraserburgh Hospital for further treatment.

The crew had abandoned the stricken vessel for a life raft shortly before rescuers arrived at the scene.

It is now thought to be sinking, but an HM Coastguard spokesperson said there were “no signs” of any resulting pollution to the local environment.

They added: “HM Coastguard sent rescue teams from Fraserburgh and Peterhead, along with a lifeboat from Fraserburgh, to reports of a vessel running aground near Cairnbulg just after 5.50am today.

“All four crew members were rescued.”