Four children and two adults in hospital after four-car crash

The collision involved four vehicles, with the road closed for around five hours. 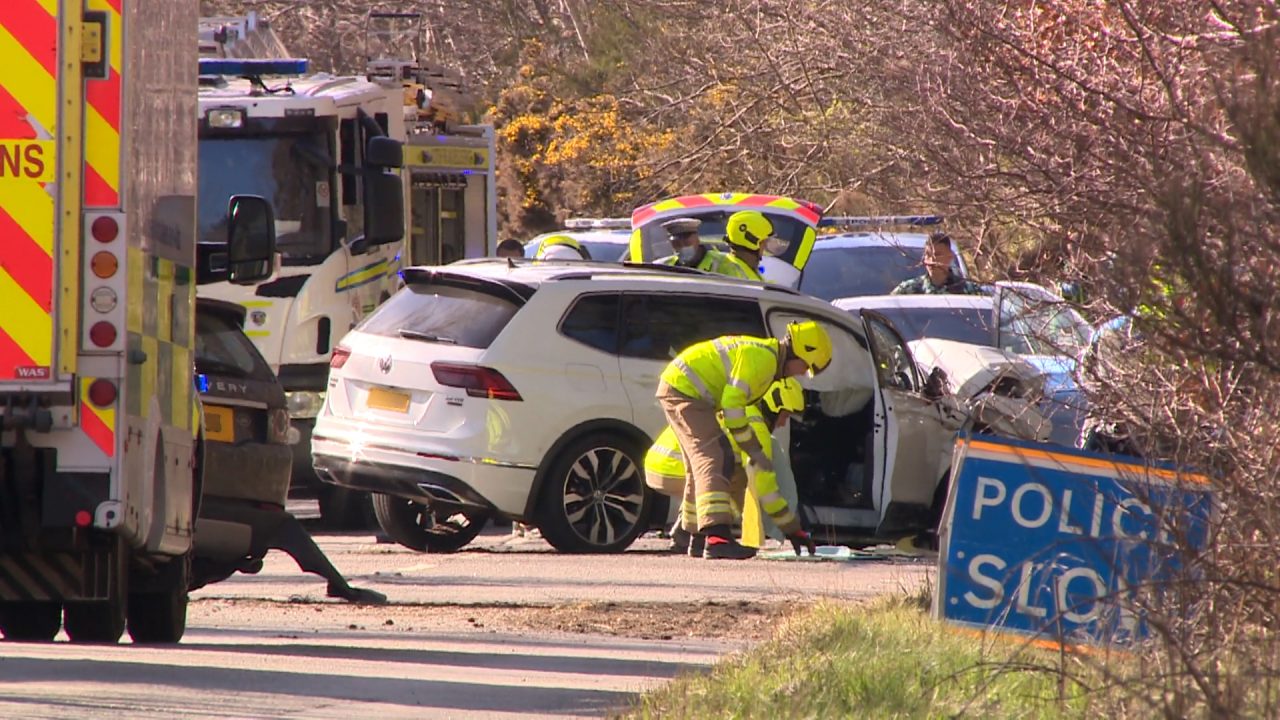 A man and a woman, along with four children including a baby, have been taken to hospital after a major crash in Aberdeenshire.

The incident, involving four vehicles, took place in Banchory at around 3.30pm on Monday, April 18.

A 38-year-old woman and two children, aged four and six, were taken to Aberdeen Royal Infirmary with serious but non-life-threatening injuries.

A 31-year-old man and two children, aged one and three, were taken to hospital with minor injuries.

The A93 North Deeside Road was closed for around five hours after the crash involving a white Volkswagen Tiguan, a silver MG, a blue Nissan X-Trail and a grey Land Rover Discovery.

Police Scotland is appealing for witnesses who may have seen the collision.

Road Policing Sergeant Steve Manson said: “Our thoughts are with those involved and their families as they recover from their injuries.

“The incident involved a number of vehicles resulting in the road being closed for five hours.

“We are appealing for anyone who witnessed the collision or was in the area around the time and may have dashcam footage to contact Police Scotland on 101 quoting reference 2280 of April 18, 2022.”