Duncanson presented North Tonight and reported for Grampian TV for two decades in the 80s and 90s. 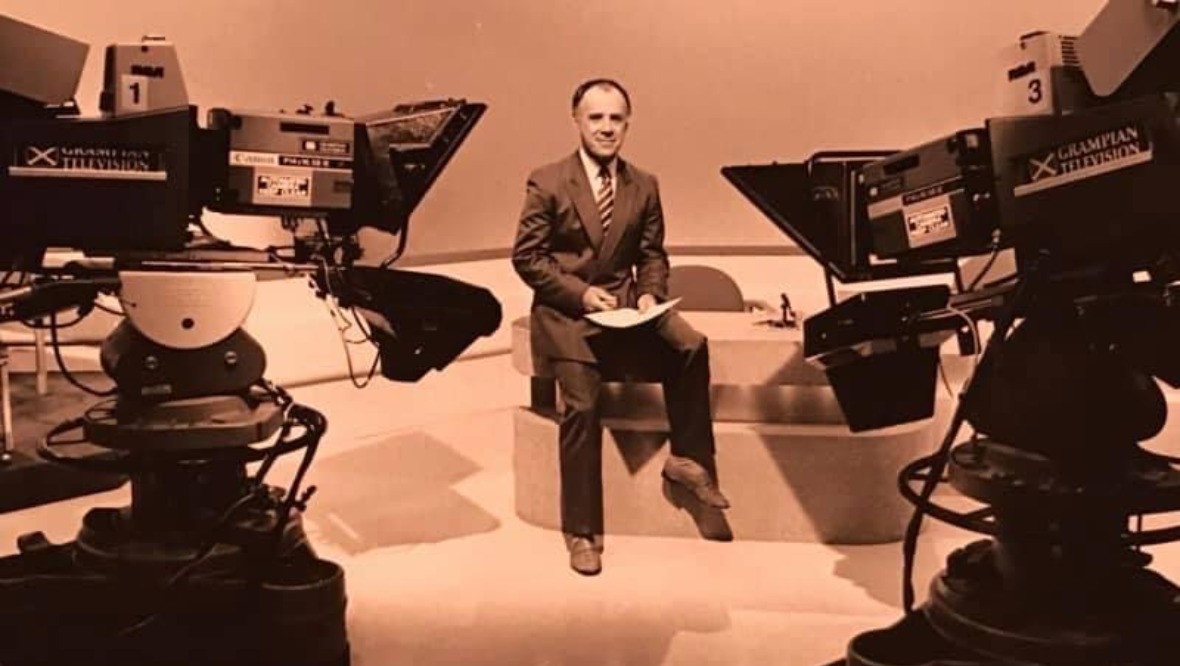 Tributes have been paid to former Grampian TV presenter John Duncanson, who has died aged 80.

He presented the flagship North Tonight news show and reported for Grampian TV for two decades in the 80s and 90s.

Known for his trademark sign-off of “oidhche mhath”, meaning ‘goodnight’ in Gaelic, he was a firm favourite among viewers.

His daughter, Eilidh said: “We all feel very proud about the impact that he has made.

“Certainly, the fact that many people of a certain generation remember growing up and seeing him on TV and as the ‘manny on the telly’.

“It’s lovely and it has been very helpful to us over the last 24 hours.”

Born in Prestwick in 1940, Duncanson began his career with BBC Scotland.

He went on to work for Border TV and ITV companies including Ulster, Tyne-Tees and Anglia.

He joined Grampian TV in 1979 and became a reporter and presenter on Grampian Today.

Former head of news at Grampian TV, Ted Brocklebank said that Duncanson was an “exceptional broadcaster” and a “thoroughly decent human being”.

He added: “He was never happier than when he was recognised on the street.

Current presenter of STV News, Norman MacLeod, who worked alongside Duncanson said: “He was a lovely man and he was great with people, very approachable, very warm and also very encouraging.

“I remember as a youngster joining Grampian TV, many moons ago, he was great for giving advice and he was very, very patient.

“He had a wicked sense of humour. However, on camera, he was a consummate professional.”

During his career, Duncanson interviewed many high-profile figures, including Hollywood star, Bettie Davis.

He also took part and supported many local charities and events.

Graham Barron, who helps run Scottish Week in Peterhead, described Duncanson as “a true friend and supporter” of the event over the years.

He added: “John was a one off, had time for everyone and loved Scotland”

Duncanson retired in 1997 to spend more time on his love of music, sailing and travel.

He died at the weekend surrounded by his family.