The 18-year-old will enter the pro ranks on the undercard of Dean Sutherland's title fight. 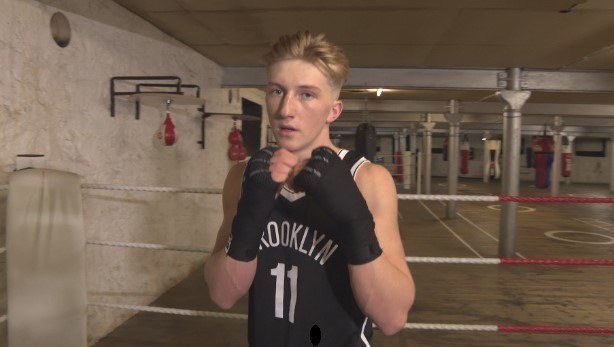 A former Aberdeen youth player is swapping the football pitch for the boxing ring.

Gregor McPherson is preparing for his professional debut at the city’s Beach Ballroom.

The 18-year-old is on the undercard of Dean Sutherland’s Commonwealth super-welterweight title fight with Louis Greene on Saturday.

McPherson told STV News: “I’m ready – I’ve been working really hard and went to Spain for a training camp with a lot of experienced guys, including a former world champion.

“He says I’m looking sharp, looking strong. He believes in me [and] said I can do great things in the sport.”

The move to boxing came as a surprise to Gregor’s father and ex-amateur international boxer, Tom McPherson.

From the age of nine, Gregor spent five years on the books of Aberdeen FC’s youth set-up.

He discovered his talent for boxing just four years ago at the age of 14.

Tom told STV News: “If I’m being honest with you, I was quite taken aback because I always thought it was football.

“I said ‘as long as you’re happy son, go and give it a bash, but remember, boxing – you don’t play it’. It’s a very tough sport, but it has a lot of good rewards as well.

“He loved it, he’s progressed and become a professional, so he’s done pretty well in a short period of time.”

Gregor, who takes on Jamie Quinn on Saturday, has moved swiftly through the boxing ranks.

He said: “My first fight was up in Banff and I did really well. I got a first-round stoppage, so that set me in high spirits.

“After that, I went onto the novice which I won, then went to the Open Scottish, which I won three times.

“A few defeats from experienced boys was hard to take, but it’s about bouncing back.

“After that I went onto a winning streak for two years – and then I decided to turn pro.”