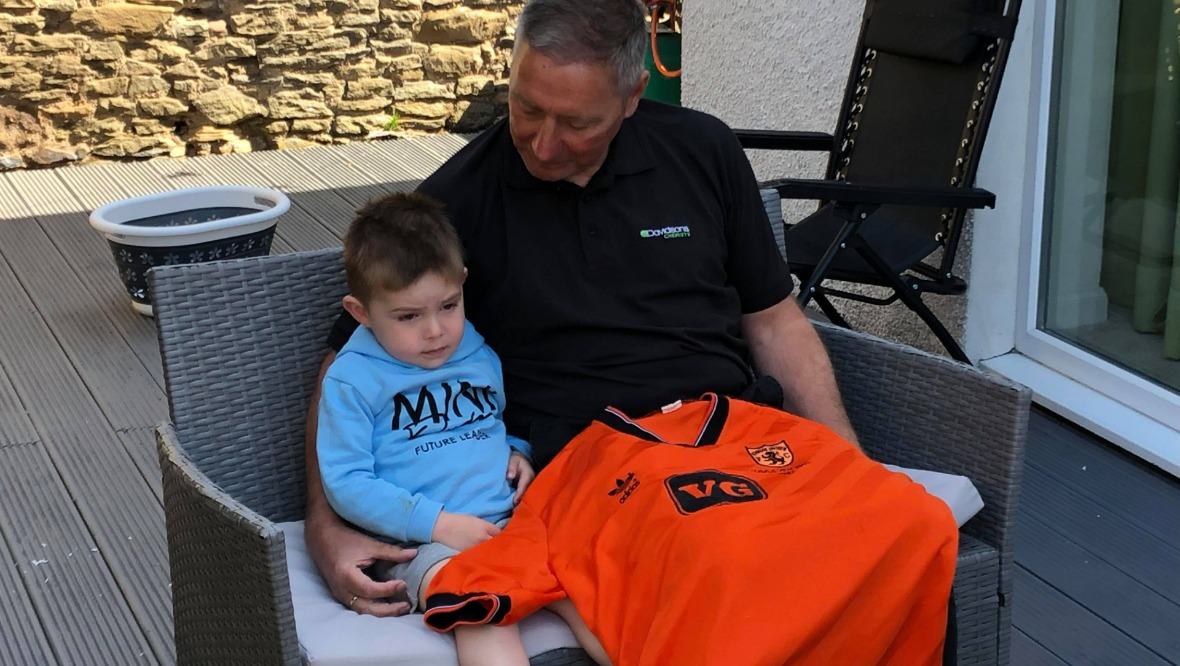 Peterhead manager Jim McInally has put one of his prize shirts up for auction in a bid to fund a knee operation for one of his players.

The football boss’ jersey from Dundee United’s 1987 UEFA Cup Final defeat to Gothenburg will be up for grabs to help midfielder Gary Fraser pay for surgery after Covid-19 hit the League One club’s finances.

Fraser injured his knee during a match against Montrose last December and has been out of action since.

Speaking to STV News about the fundraiser, McInally said: “I was made aware in the last couple of weeks that we were going to have big limitations on our crowd again, which would probably half the club’s income.

“With the club being good enough to give Gary a new contract I just felt as though it would be nice, and got together with my assistant manager and my coaches, and we all thought it was a good idea to go and try and do something.”

McInally is happy to donate his shirt to the cause.

He said: “I just felt as though that someone else would appreciate it more than myself, and the response has been remarkable.

“Ultimately at the end of the day the charity and Gary are going to benefit from it.”

In response to Fraser’s plight, those from the football world have rallied round.

West Ham chairman David Sullivan has donated £2500, while Kevin Nisbet’s shirt from his second Scotland appearance – and first Scotland goal – will also help to raise funds for the Celtic-trained and former Bolton and Partick Thistle player.

McInally said: “I couldn’t believe when I saw the name David Sullivan appear.

“I know David Moyes quite well, so I texted him to ask him would his chairman be capable of doing something like that. But, before I got a reply, West Ham had actually put it on their website that he had made the donation.

“It’s just phenomenal really, and good to see that the football community and people like him care. So, West Ham has got another supporter now.”

As well as the auction, the Balmoor squad also planned to scale Ben Lomond on Saturday and hold a physically distanced raffle night at striker Derek Lyle’s pub in Bishopbriggs, East Dunbartonshire.

The private operation, which is expected to cost between £5000-£7500, will allow Fraser to get back on the pitch for the majority of the new season.

More than £9000 has been raised so far. Any surplus will be donated to the Back Onside charity, which is backed by ex-Peterhead winger David Cox.