Fond recollections of Dundee music icon a decade after his death

Community choir run by Michael's daughter performing at small gathering in Lochee area of the city. 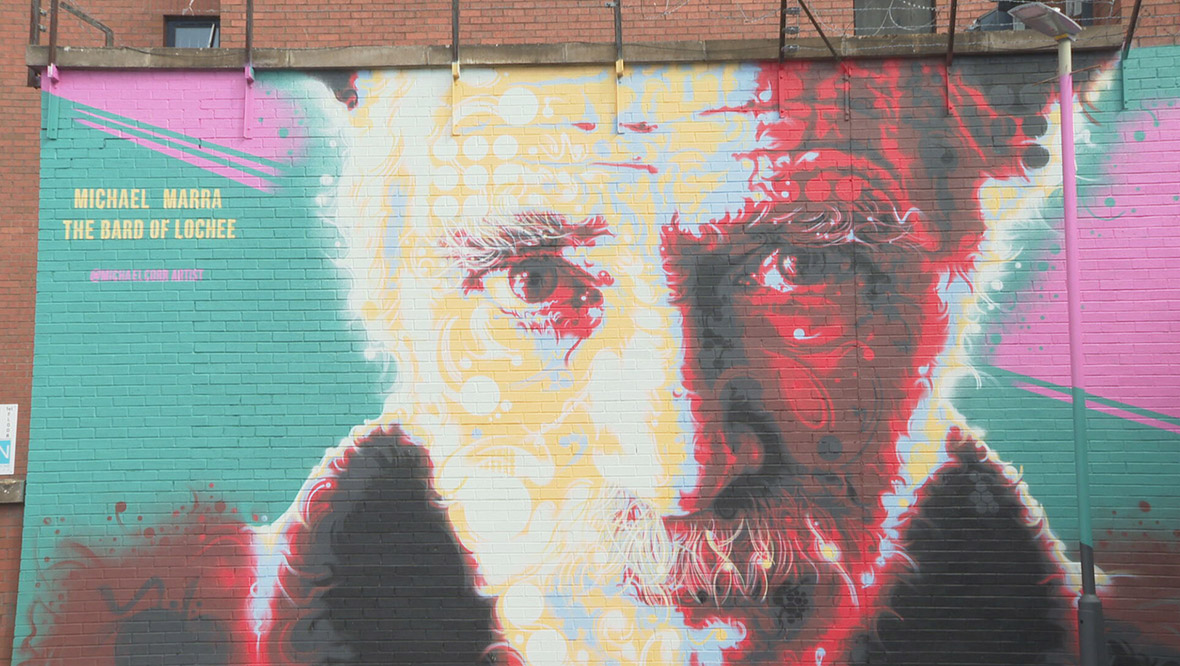 Tributes are being paid to the Dundee music icon and late singer-songwriter, Michael Marra, who would have turned 70 this week.

Almost a decade after his death in October 2012, a community choir in Lochee, run my Michael’s daughter, are among those performing at a small gathering.

“Would you believe that a few of us happened to be in New York in Tartan Week, and we heard that he was performing with Liz Lochhead down in Washington.

“So we got a train down and he nearly fainted as he seen these four wifies from Lochee. Even there he didn’t spare his Lochee accent, he never spared his audiences.

“Because he was so proud of it, we’re all proud of it as well, and we know all the words of all the songs.”

Michael was known to many as ‘the Bard of Dundee’ and his songs are still cherished today,

Alice Marra, Michael’s daughter, said: “We never knew him as any older than sixty-years-old and the fact it would’ve been his 70th birthday, it’s kind of nice to think, what would he have been like at seventy?

“It’s ten years in October since we lost him and it’s quite a significant year and we’re hoping to have quite a few events throughout this year just to mark the significance of it.

“We just want people to take a moment to remember him and remember his music and keep his music alive – that’s really important to us.”

Last year, a mural of Michael was created in Lochee in honour of a man who never lost links with his roots.

“Everybody talks about how good the mural is and it is fantastic” Alice explained.

She added: “We think he’d be a little bit embarrassed that he’s kind of got his eyes overlooking Lochee where he grew up.

“But I also think that he would be really proud – I hope he would be proud – because he’s made lots of people very, very happy.

“Although it’s hugely sad that he’s no longer with us, he’s left such an amazing legacy.