Flooding across Aberdeen has led to a safety warning from the city's council urging drivers not to drive through flood water. 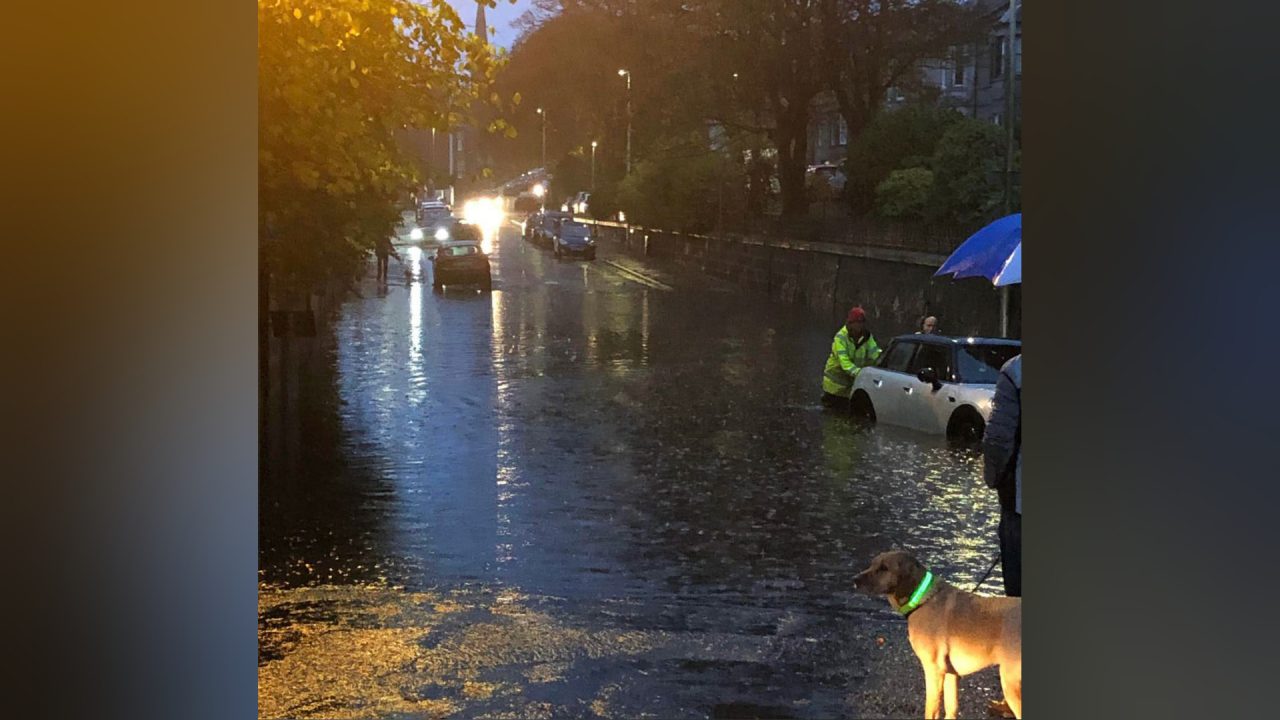 Heavy flooding has caused travel chaos across Aberdeen after a night of torrential rain.

Early morning travellers faced having to find alternative routes with many vehicles being blocked completely by large areas of water.

Aberdeen City Council say they have responded to 55 reports of flooding across the area and have urged drivers to avoid attempting to get through flood water.

Cars were blocked into the pavement on University Road and multiple vehicles were left stuck near the traffic lights on Beach Boulevard and Links Road.

Businesses at the junction of St Swithin Street and Union Grove junction were also left surrounded by flood water.

Cars were helped by community support workers on Polmuir Road near to Duthie Park, after getting stuck.

Images shared online also include Braehead Way in Bridge of Don with many cars opting to turn away rather than risk driving through.

A spokesperson for Aberdeen City Council told STV News: “We currently have about 55 Reports of flooding across the city, all the ones we have attended to are a build up of leaves on the top of the gully lids. There is currently no roads that are closed however some are not passable. We are prioritising calls where property is affected or a risk of property being affected.”

The council also issued a safety warning to drivers stating: “We’d like to remind drivers not to drive through flood water if you don’t know the depth. It can be deeper than you realise. There could also be missing manhole covers that can’t be seen through the water.”

Further advice and helplines for those affected by flooding can be found on the council’s website.