The two remaining eggs in the nest at Loch of the Lowes are expected to hatch by the end of the week. 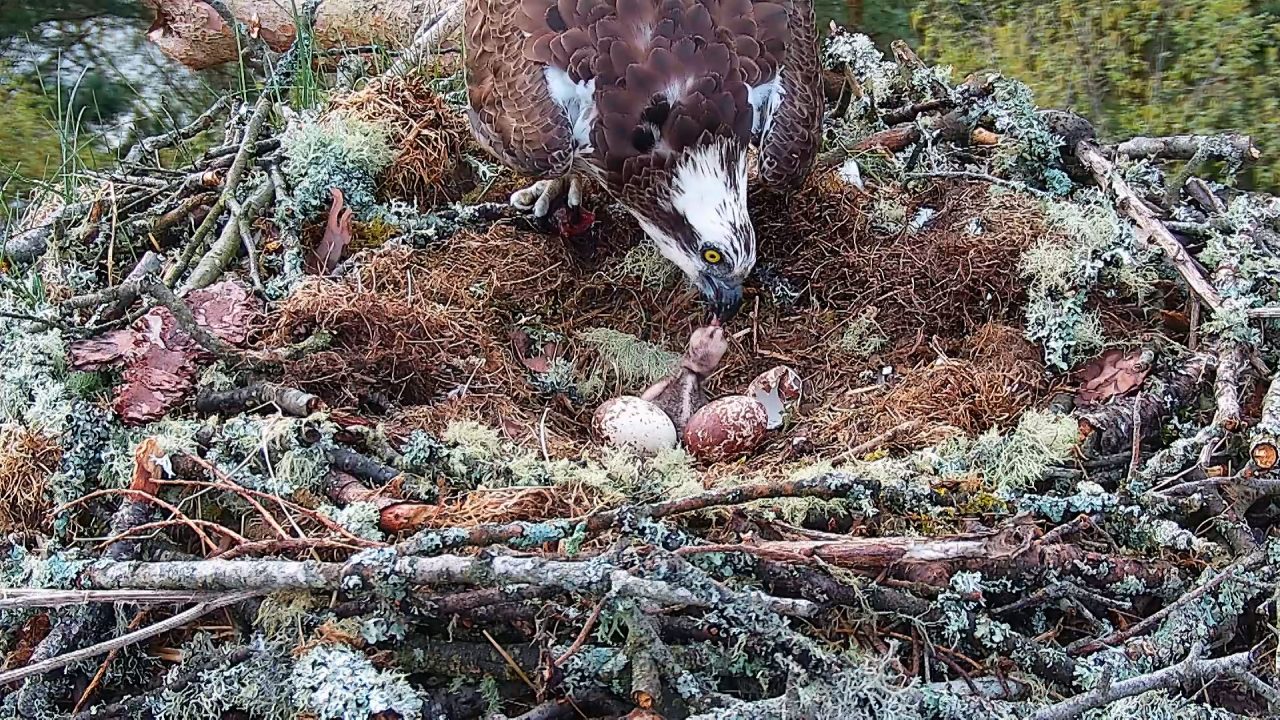 A wildlife reserve has welcomed its first osprey chick of the season.

A small hole was spotted at about 1pm on Monday on one of the three eggs laid by female osprey NC0 at the Scottish Wildlife Trust’s Loch of the Lowes Wildlife Reserve in Perthshire.

Webcam watchers could hear increasingly vocal cheeping coming from the nest and the chick broke out of the egg just before 10pm, hatching fully by the early hours of Tuesday morning.

Male osprey LM12 brought a fish back to the nest just after 8am on Tuesday, and the chick received its first feed from NC0 shortly afterwards.

The two remaining eggs laid by NC0 this season are expected to hatch by the end of the week.

Sara Rasmussen, Perthshire Ranger with the Scottish Wildlife Trust, said: “Seeing the first chick hatch out is a thrilling sight that demonstrates the importance of guarding the nest from disturbance.

“Everyone at Loch of the Lowes is proud to play a part in ensuring the reserve provides a safe and secure place for nesting ospreys.

“We’re hopeful this tiny chick will be joined by two siblings by the end of the week.

“I’d encourage people to keep a close eye on the trust’s live osprey webcam to avoid missing any of the action.”

She added: “Our Osprey protection programme is a huge undertaking which is made possible with the support of 50 volunteers, trust staff and backing from players of People’s Postcode Lottery.”

This season is LM12 and NC0’s second as a breeding pair, after they successfully fledged one chick last year.

Ospreys chicks need to develop rapidly before taking flight and migrating south at the end of summer.

The parents will be kept busy over the summer ensuring the growing brood receives a steady supply of fish.

Ospreys were extinct in Britain for much of the 20th century but began to recover in the 1960s and today an estimated 300 pairs breed in the UK each summer.

The Scottish Wildlife Trust’s Osprey Protection Programme is supported by players of the People’s Postcode Lottery.

Laura Chow, Head of Charities at People’s Postcode Lottery, said: “It’s fantastic to hear that LM12 and NC0 have hatched their first chick of the season.

“It’s great to see players support the Scottish Wildlife Trust’s work to protect ospreys at Loch of the Lowes and seeing chicks successfully hatch demonstrates the importance of the protection programme.”