Scottish Fire and Rescue service crews in attendance at the Braemar Lodge Hotel in Aberdeenshire. 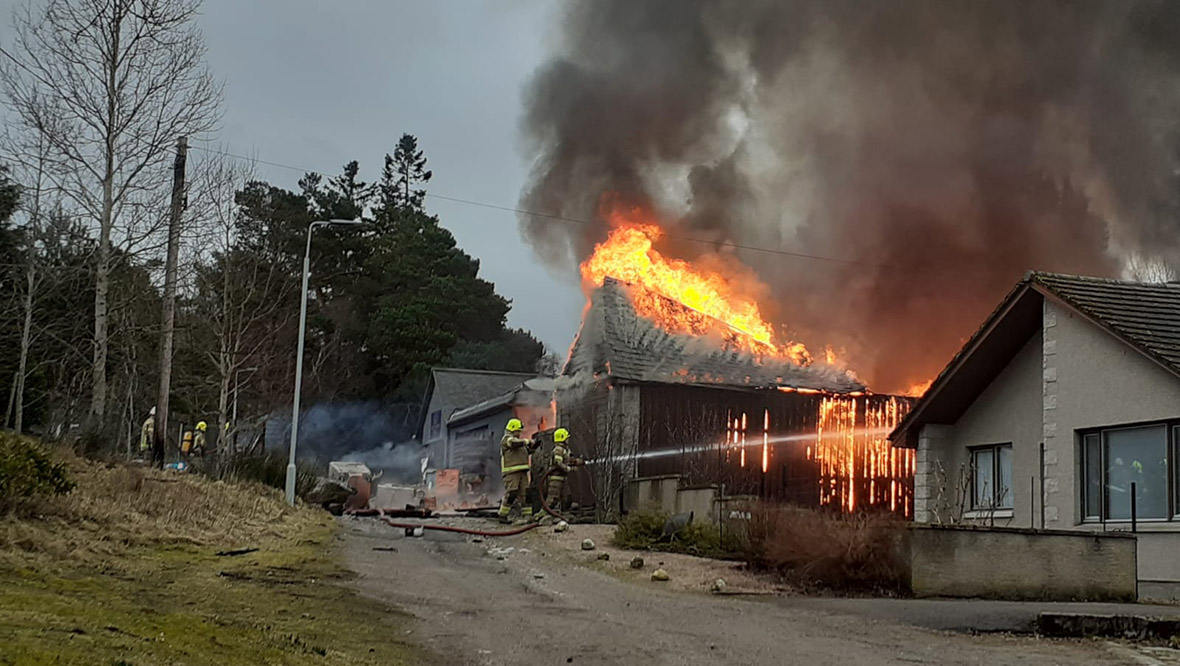 Firefighters are tackling a massive blaze at a hotel in Aberdeenshire.

Crews are in attendance at the Braemar Lodge Hotel following reports of an explosion on Wednesday morning.

No injuries have been reported.

A Scottish Fire and Rescue Service spokesperson said: “We were alerted at 7.37am on Wednesday, March 16, to reports of a shed on fire at Glenshee Road, Braemar, Ballater.

“Operations Control mobilised six fire appliances, one height vehicle and one water carrier to the scene where the fire is affecting a nearby commercial building.

“Firefighters are currently still at the scene and there are no reported casualties at this time.”

Braemar Primary School, which is located near to the hotel, has moved to online learning for Wednesday.

A spokesperson for Aberdeenshire Council said: “Braemar Primary School will be closed today due to a fire at a nearby hotel.

“Parents and carers have been informed. Online learning will take place today. It is hoped that the school will open tomorrow as usual.”

Andrew Bowie, the MP for West Aberdeenshire and Kincardine, said on Twitter: “Shocked to hear of an explosion at Braemar Lodge this morning.

“Massive thanks to @fire_scot and @Scotambservice who are on scene and thoughts with everyone affected.”

The hotel has been evacuated and local road diversions are in place.

A Police Scotland spokesperson said: “Emergency services are in attendance following a fire at a hotel on Glenshee Road in Braemar which was reported around 7.50am on Wednesday, 16 March, 2022.

“The occupants of the hotel have been evacuated and no-one has been injured. “The A93 Glenshee Road is closed at Braemar and local diversions are in place.”