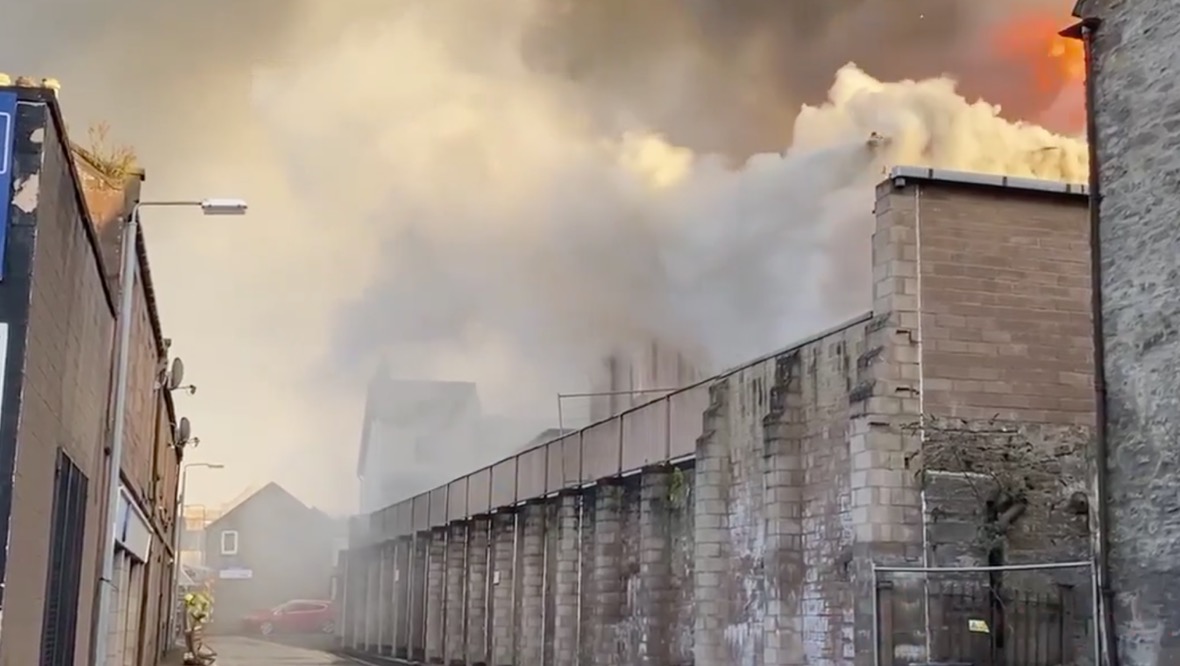 Firefighters are battling a large blaze at a former bingo hall in Angus.

Emergency services were alerted to the fire at the old Pavilion building in Forfar’s Queen Street on Sunday afternoon.

Police said a number of neighbouring properties have been evacuated as a precaution whilst fire crews work to extinguish the flames.

Road closures have also been put in place.

A Police Scotland spokesperson said: “We are currently in attendance at a building fire on Queen Street in Forfar along with the Scottish Fire and Rescue Service.

“Local road closures are in place and we would ask people to avoid the area at the present time.

“Some neighbouring properties have been evacuated as a precaution while emergency services deal with the incident.”