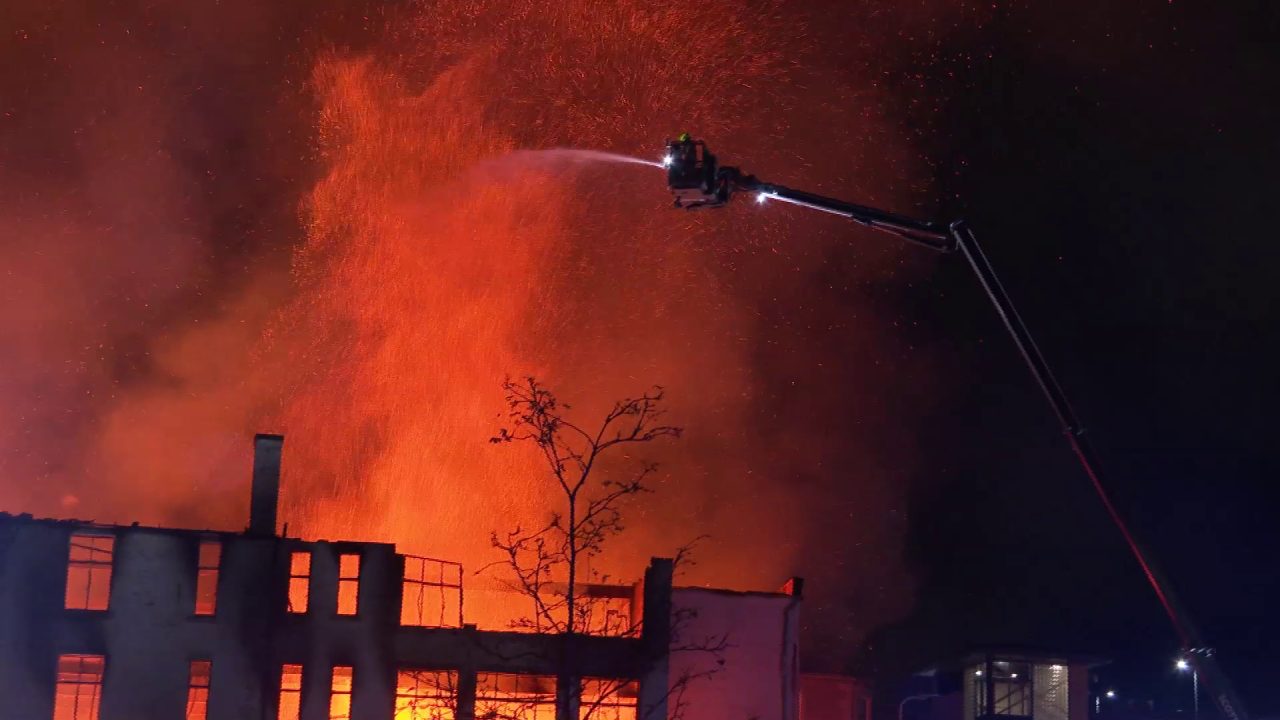 Crews remained at the scene on Barrack Street on Sunday morning, where a fire tore through the Robertson’s building on Saturday.

The flames sent a large column of smoke over the city centre which could be seen from the opposite bank of the Tay.

Two fire engines remained at the scene on Sunday, with nine having attended to the incident.

A spokesperson for the Scottish Fire and Rescue Service said: “We were alerted at 5.57pm on Saturday, November 12, to reports of a building fire on Barrack Street in Dundee.

“Operations control mobilised nine appliances and specialist resources to the scene and firefighters are working extremely hard to extinguish a large building fire.

“No casualties have been reported and crews remain on the scene.”

Residents shared pictures and footage of the fire on social media.

Niall Campbell, who lives in Fife, said he saw the fire from across the River Tay.

He said: “I am on the other side of the Tay so quite far away, but can comfortably say I have not seen a fire of its scale in all my time here.”

A cordon was put in place, with police redirecting traffic as neighbouring streets were closed.

Images posted on social media showed the fire engulfing the building as dozens gathered in crowds outside to watch.