Firefighters worked 'extremely hard' to tackle the blaze as it tore through the Robertson’s building in Dundee on Saturday. 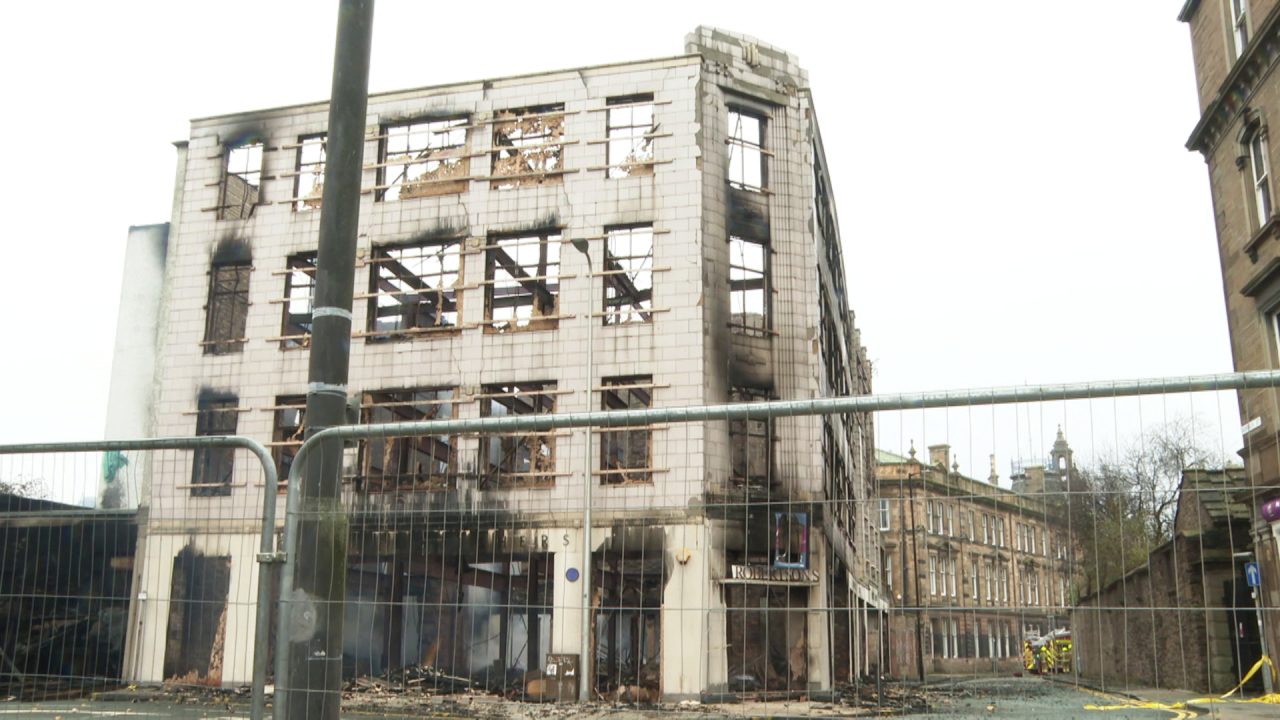 A historic Art Deco building in Dundee city centre will be demolished as soon as possible after being ravaged by a deliberate fire, the council has confirmed.

Firefighters worked “extremely hard” to tackle the blaze as it tore through the Robertson’s building on Saturday.

The Art Deco Willison House on Barrack St was built in the 1930s to the design of H Pierce Robbie and is on the Buildings at Risk Register for Scotland.

Dundee City Council said the fire had left only the exterior walls intact and they were likely to collapse because of their dangerous condition.

A Dundee City Council spokesperson said: “Despite our efforts to consider how much of Willison House could be retained, the extent of the fire has left nothing that can be saved.

“The exclusion zone will be maintained in the meantime in the interests of public safety. The work will be carried out as quickly as possible to allow the situation for business in the surrounding area to return to normal.”

Several neighbouring streets are still closed and are expected to remain so for some time.