Firefighters were called to the Shore Recycling centre in Perth at around 4.30am on Sunday. 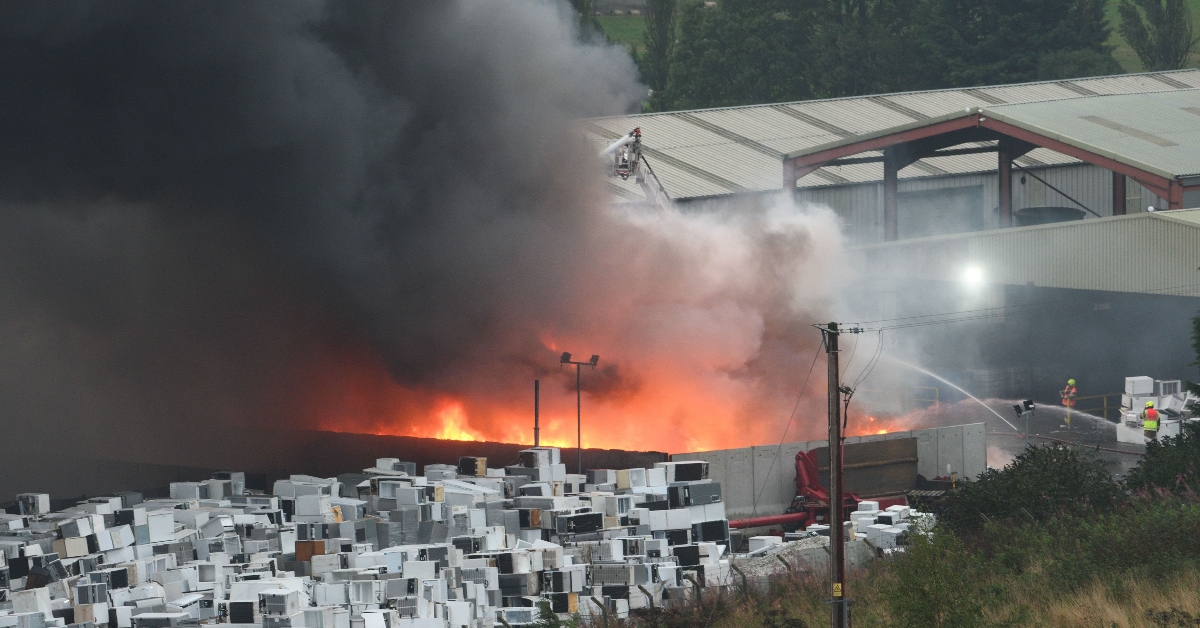 A fire has engulfed an electrical waste recycling plant in Perth.

Firefighters were called to Shore Recycling in the Friarton Industrial Estate at around 4.30am on Sunday.

Plumes of smoke could be seen billowing across the city as emergency services tackled the blaze.

The public was urged to avoid the area while emergency services deal with the incident.

Police were in attendance with Scottish Fire and Rescue Service and said there had been no injuries reported.

Shortly before 9am, the force said the blaze was contained.

However, police asked local residents to keep doors and windows closed due to smoke from the fire.