At around 6pm a fire broke out at the historic listed building. 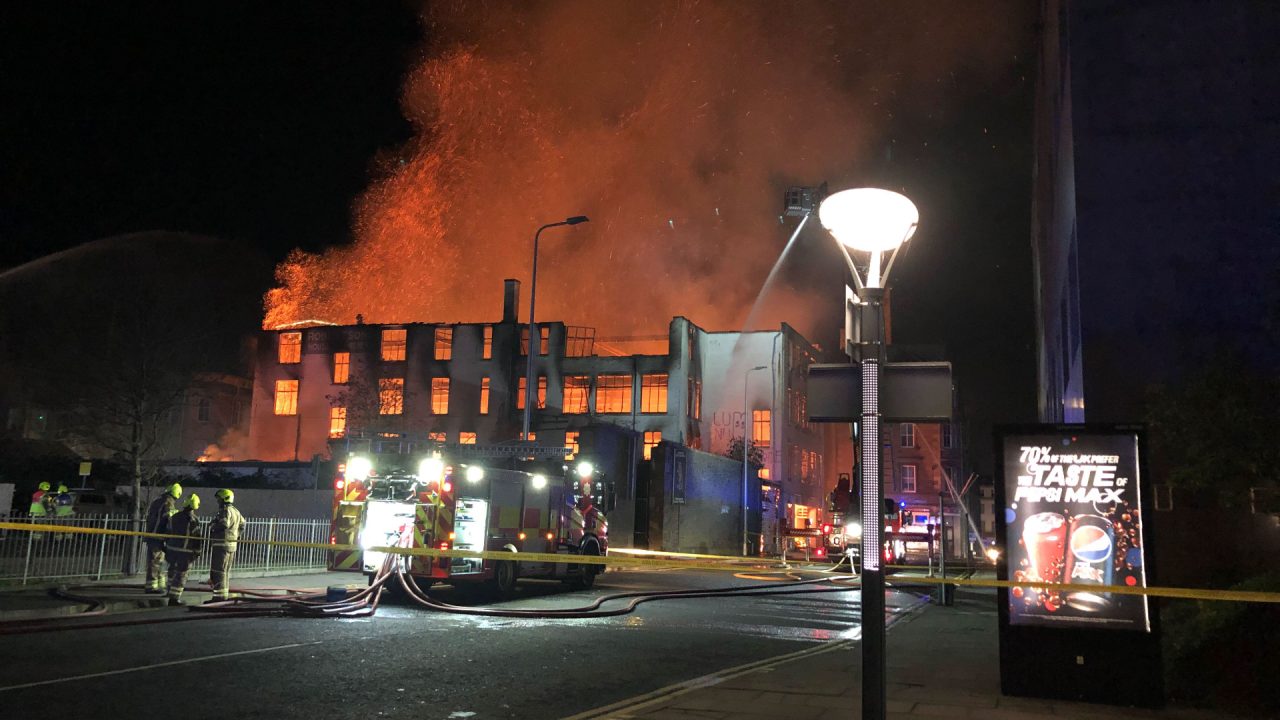 Emergency services are battling a large blaze which has broken out at an abandoned building in Dundee city centre.

At around 6pm, a fire broke out at a historic listed building which was the home of the former Robertson’s furniture shop, on Barrack Street in the city.

The Scottish Fire and Rescue Service confirmed that nine pumps were at the scene tackling the blaze.

Images posted on social media showed the fire engulfing the building as dozens gathered outside to watch.

Smoke and flames could be seen billowing from the building.

Police have closed several roads in the surrounding area.

A Police Scotland spokesperson said: “Around 6pm on Saturday, November 11, police were called to assist the Scottish Fire and Rescue Service, at the scene of a fire on Barrack Street, Dundee.

“Emergency services remain at the scene and the neighbouring streets are currently closed.”

North East MSP Maurice Golden said he hoped the fire was under control and that “everyone is safe”.