The Scottish Wildlife Trust said the first signs of hatching began to appear around 12.33pm on Friday. 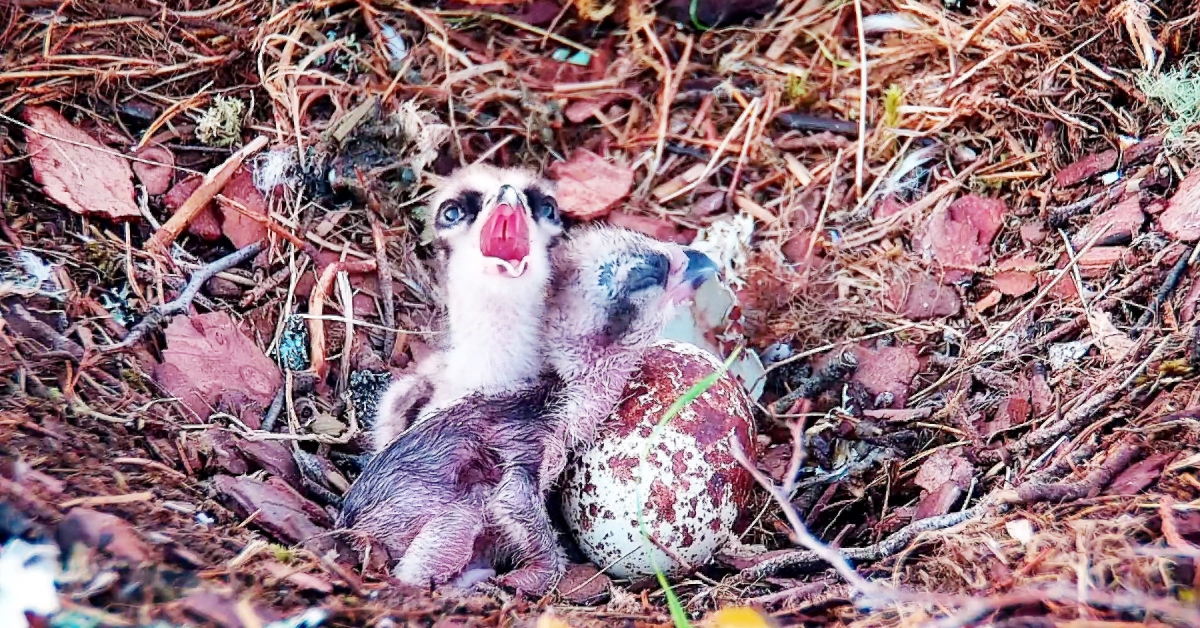 The second osprey chick of the season hatched at a reserve run by the Scottish Wildlife Trust on Saturday.

The egg was laid by a female bird coded NC0 at the Loch of Lowes wildlife reserve on April 12.

After several days of “dedicated incubation”, the Scottish Wildlife Trust said the first signs of hatching began to appear around 12.33pm on Friday.

The new chick fully emerged in the early hours of Saturday at 3.24am.

The “tiny” chick joined its sibling that hatched on Thursday and the pair are expected to be met by a third in the coming days, as osprey young tend to hatch approximately one to two days apart.

The chicks will grow rapidly and are dependent on regular deliveries of fish, brought to the nest by male osprey LM12 and fed to them by their mother, osprey NC0.

Sara Rasmussen, Perthshire ranger at the Scottish Wildlife Trust said: “We’re thrilled that the second egg has hatched and we’re hoping to see a third chick by Monday. It will be fascinating to watch these young birds grow and develop.

“Our staff and more than 60 volunteers have been monitoring the nest around the clock for several weeks. It’s fantastic that their dedication is helping the ospreys have another successful breeding season protected from disturbance.”

Ospreys were extinct in Britain for much of the 20th Century.

Their populations only began to recover in the 1960s, and an estimated 300 pairs of ospreys now breed in the UK each summer.

Come winter, most of these birds migrate to West Africa – but some travel to Spain and Portugal.

Laura Chow, head of charities, People’s Postcode Lottery said: “It’s been so exciting to follow the osprey season at Loch of the Lowes Wildlife Reserve.

“We’re pleased that players of People’s Postcode Lottery are able to support the Scottish Wildlife Trust’s Osprey Protection Programme which safeguards these amazing birds and helps people all around the world learn about their lives.”