Osprey lays first egg of the season at wildlife reserve

The bird coded NC0 laid the first egg of the season at the Loch of the Lowes wildlife reserve. 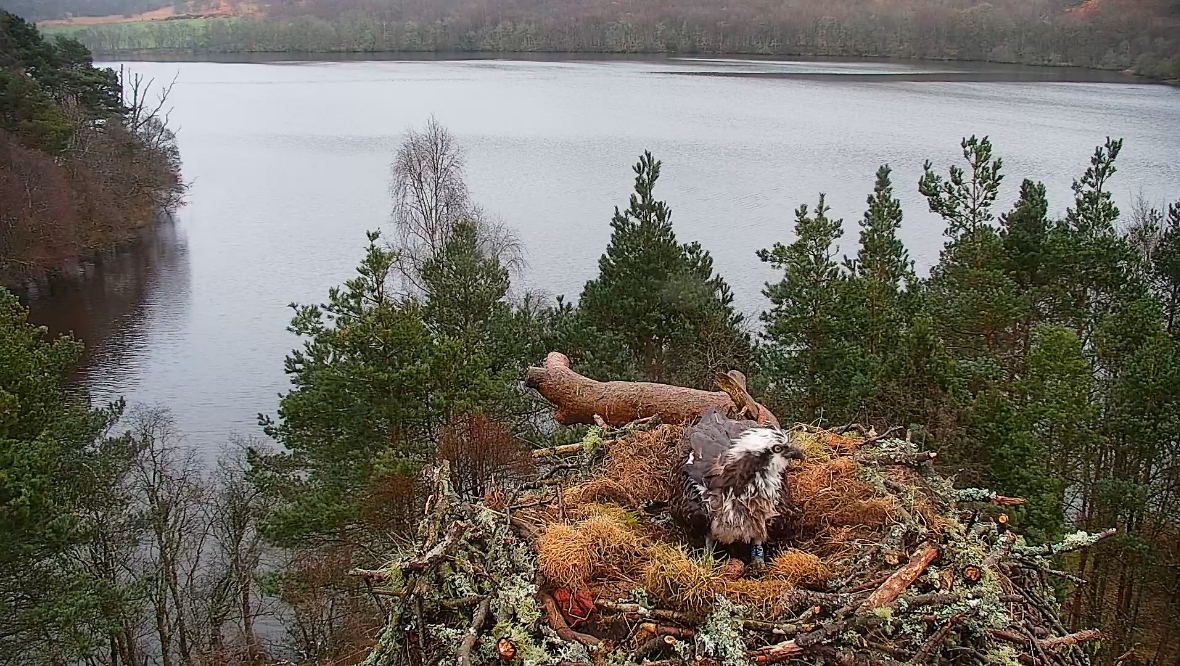 A female osprey has laid her first egg of the season at a reserve run by the Scottish Wildlife Trust in Perth and Kinross.

The bird, coded NC0, laid the egg at the Loch of the Lowes wildlife reserve near Dunkeld at around 6:34pm on Tuesday.

NC0, who was ringed as a chick near Loch Ness in 2016, is expected to lay more eggs in “the next few days”.

Osprey eggs are the same size as large hen eggs and NC0’s chicks are expected to hatch in mid to late May.

Their nest features on a live webcam, with a clip of NC0 capturing her with her newly-laid egg.

The Trust’s Perthshire ranger Sara Rasmussen said: “We are thrilled to see NC0 lay her first egg of the season and we’re hoping to see her lay again in the next few days.

“This is a critical point in the season when an osprey pair’s teamwork becomes really important.

“If the eggs are left uncovered, they can cool quickly, reducing the chances of successful hatching.

“NC0 incubates the eggs for around 80% of the time but her mate LM12 will take over for brief periods to give her a chance to feed on the fish that he brings to the nest.”

“We’ll be glued to the reserve’s live webcam and we’re hoping to see tiny osprey chicks hatch out in a few weeks’ time.”