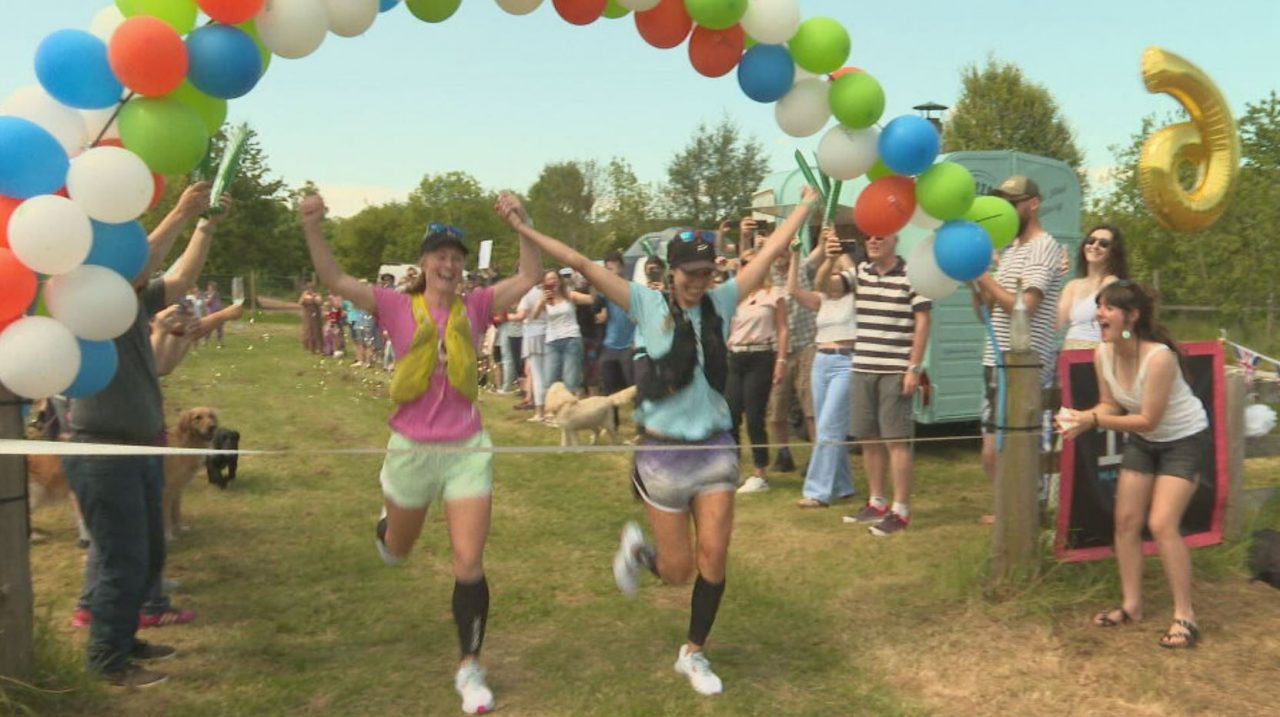 Two Scottish endurance athletes have broken the world record for most marathons in consecutive days after crossing the finish line on their 106th run.

Fay Cunningham and Emma Petrie joked they were “ready to put their feet up” as they ran into the record books to a standing ovation in Aboyne on Saturday afternoon.

The pair, who are both personal trainers, were joined by friends and family for a celebration of their landmark achievement of 106 marathons in 106 days after setting out on the challenge to raise money for two charities in memory of their parents.

The determined duo hoped to raise £100,000 as a tribute to Fay’s father, Alan, who died of MND, and Emma’s mum, Jan, who passed away from cancer.

“I think we probably can’t let it sink in until afterwards.”

“We always thought it was a big ask. I think at the beginning we felt like we had been hit by a bus. The first two weeks were hard but once we got to about day 15 I think we both thought we could do it.”

The duo battled exhaustion, difficult terrain and the full force of the Scottish weather since setting off on February 19.

The previous record is the subject of some debate, with English runner Kate Jayden achieving 100 marathons in 100 days in April.

However it has recently emerged that the 100 marathon challenge is currently being attempted by other women around the world, while Guinness recognises America’s Alyssa Clark as the holder after she managed 95 distance runs in 95 days in 2020.

Emma, 26, added she hoped their achievement encouraged others to “get out there and grab something they had always wanted to do.”

She said: “We really hope we’ve inspired people to get out and do anything that they put off for a little while, whether that is run that marathon, do that 5K, climb a mountain, do something while they’ve got the opportunity to do it because as soon as it gets taken away from you, you’ll regret not doing it.”

MacMillan Cancer Support and the Motor Neurone Disease Association stand to benefit from their fundraising efforts.

But Fay admitted it may be their last challenge for the time being.

“We need a rest,” she laughed at the finish line.

“We want to put our feet up and maybe go on holiday.”