Fay Cunningham and Emma Petrie took on the gruelling challenge after losing parents to cancer and motor neurone disease. 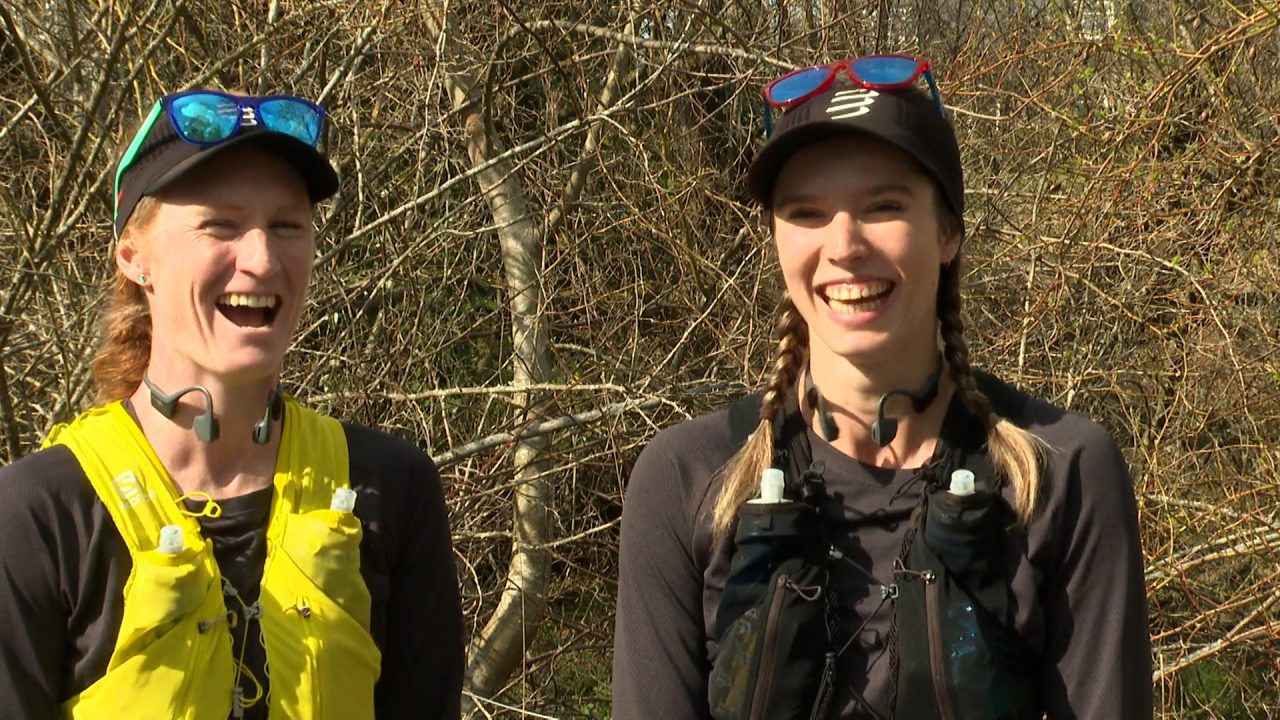 Two Aberdeenshire women have set themselves the enormous challenge of running 100 marathons in 100 days for charity.

Fay Cunningham and Emma Petrie have just completed their 60th marathon in a row, and will repeat the gruelling challenge on Thursday before continuing to run one marathon a day for the next 39 days.

The pair decided to take on the challenge to raise funds for MacMillan Cancer Support and Motor Neurone Disease Association in memory of their parents.

“That’s when your body needs to adapt. We had knee problems ,we had sickness, we had a bit of everything thrown in.

“We were just generally feeling like we had been hit by a bus. However, now we are in our groove,” she laughed.

“I think we both had such a rough start that we feel quite positive that we will do it,” added Emma.

The endurance athletes are completing their marathons across Aberdeenshire and are documenting their journey on social media .

They set off on February 19 and have run their daily marathons through snow, rain, wind and sun.

The couple are no strangers to physical challenges and run their own fitness business Match My Workout.

They have taken on the extreme challenge to raise money for charity after Emma lost her mum Jan to cancer and Fay’s dad Alan died from Motor Neurone Disease.

“Raising money and awareness for them definitely helps us get out of bed each day,” explained Emma.

“I think the point was we wanted to say to people ‘do it while you can’ because Em’s mum and my dad had their ability to do what they love taken away from them,” said Faye.

“We are both very much aware of how short life can be and the ability to run or walk doesn’t always stay with you forever.”.

If the pair are successful in their challenge, they will break the Guinness World Record for completing the most marathons in consecutive days

The current female record stands at 95 marathons in 95 days.

However it has recently emerged that the 100 marathon challenge is currently being attempted by other women around the world .

“We didn’t realise that this challenge would also be a challenge for quite a lot of people but it’s ace so many women are attempting it and trying to inspire, so we may change the goal posts, we may not stop at 100,” Emma joked.

“We are going to get to our goal of 100 and then we are going to take stock. If we think we can continue, we probably will,” added Faye.

“That’s what records are there for, If a record gets broken you just do a bit more. It’s all about pushing ourselves and doing it while we can.

“It’s just another bit of a challenge thrown into a very long challenge.”

The athletes believe they can go the distance and hope their marathon effort will inspire others to take one step further than they think.