The colourful fashion designer has opened an exhibition showcasing her work at Aberdeen Arts Centre. 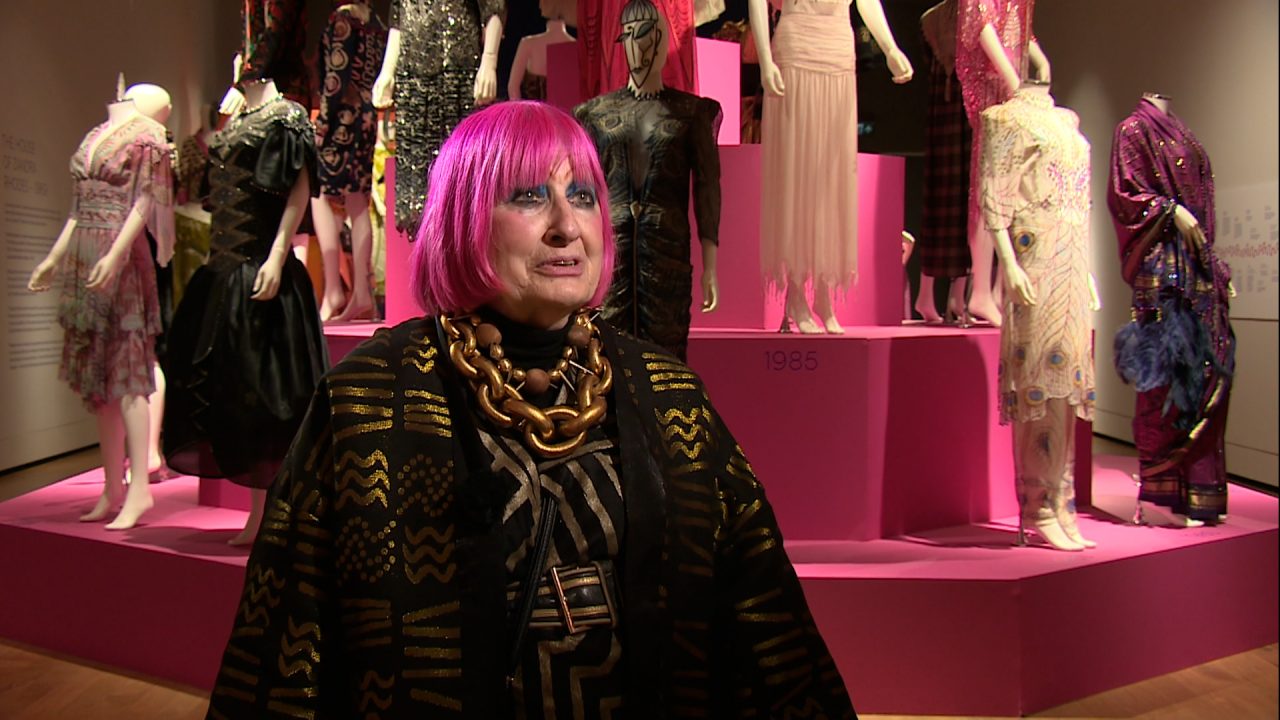 Fashion designer Zandra Rhodes has said an exhibition showcasing her life’s work in Aberdeen is “more wonderful than she could have imagined”.

A vast collection of clothing, textiles and sketches by the colourful designer from the past 50 years have gone on display at the newly-refurbished Aberdeen Arts Centre.

“I’m so thrilled, I’m really almost the first one to be in this whole new gallery in Aberdeen and it’s spectacular,” she told STV News.

“I couldn’t have imagined anything more wonderful than seeing my career, from it’s very beginning in the late 60s, for 50 years up to 2019. It looks magnificent in this new space, everything shows off to perfection so I’m very, very spoiled and very lucky.”

The exhibition, titled Zandra Rhodes: 50 Years of Fabulous, was initially delayed due to the coronavirus pandemic, but the pink-haired designer said she felt “honoured” to finally open the show in Aberdeen.

Included in the vast array of designs on display is a pink outfit with pearls which was worn by Princess Diana when she announced she was pregnant.

Rhodes added that she found Scotland inspirational, adding that she would love to do more sightseeing in the area.

“I would really love a whole sketching trip here in Scotland to really be inspired by the beauty of the landscape,” she said.

While Rhodes is focused on preserving her works through the Zandra Rhodes Foundation, she said she wouldn’t discount a return to designing in the future.

“I don’t intend on giving up designing. I’ve been lucky enough to do things like Happy Socks and Ikea during lockdown and at the moment we’re working on the Zandra Rhodes Foundation, making sure all of the garments I’ve designed are being preserved for the future.

“That doesn’t stop me from thinking of new things, so who knows what the future will bring.”