Protesters say they are planning a 'series of solidarity actions' over the next ten days. 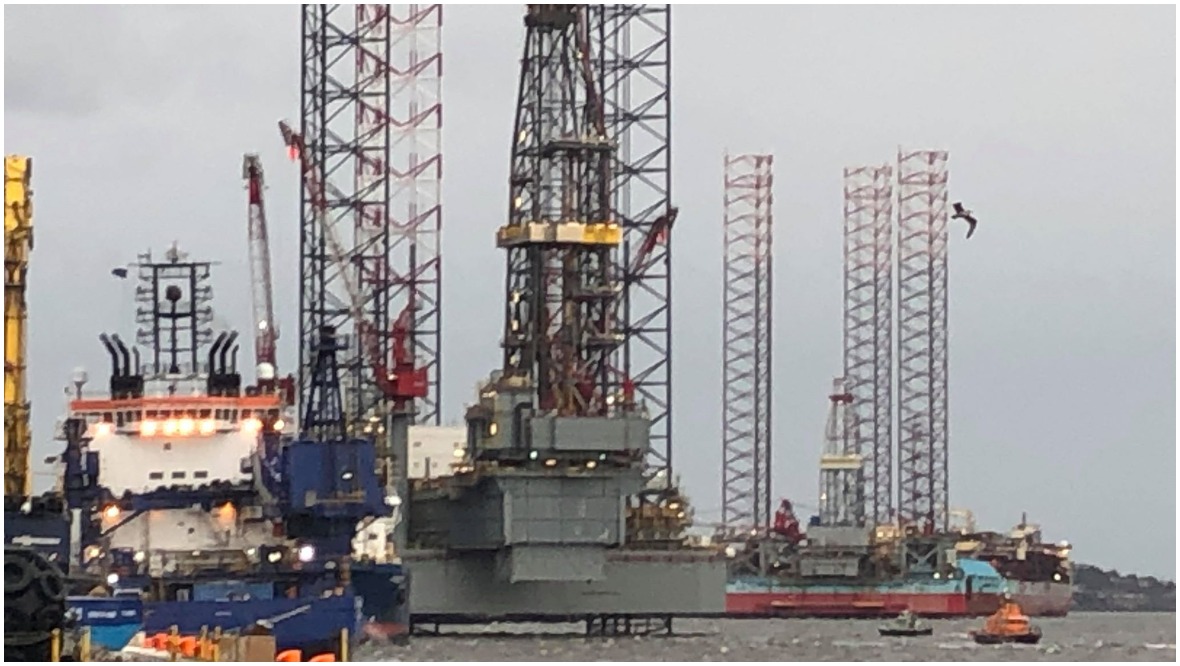 Seven people have been arrested after climate activists boarded a gas rig.

Extinction Rebellion Scotland said three of its members climbed aboard the Valaris 122 rig in Dundee Harbour on Monday.

Five activists set out in a boat at about 11.30am and three made it on board, climbing halfway up one of the legs of the rig to try to prevent it leaving.

They came down about five hours later due to deteriorating weather conditions.

Extinction Rebellion said the three women were then arrested.

Police have since said seven people have been arrested in total.

A Police Scotland spokeswoman said: “Police can confirm that four men and three women have been arrested in connection with the incident. Inquiries are ongoing.”

The rig is due to come on contract to Shell later this month and be sent to the Shearwater gas field.

An Extinction Rebellion Scotland spokeswoman said they took all necessary safety precautions and informed police of the “peaceful occupation”.

The activists have issued three demands for the Scottish and UK Governments, including urging them to “tell the truth” about the impact of the fossil fuel industry on the climate crisis.

They also want politicians to act now to decommission oil and gas infrastructure, with a just transition for workers and communities, and a legally binding citizens’ assembly.

One of those who boarded the rig, Jo, 34, a gardener from Edinburgh, said: “I am doing this for my niece Ivy, who is an incredible little human.

“I don’t want to say to her that I didn’t take a stand when I had the choice and left it to other people to sort it out.

“I am going to give it my best shot and go down fighting because I can see the world through her eyes and I want to protect things for her.”

Extinction Rebellion said: “These activists had one chance, and they took it. In the end, it was too dangerous to carry on.

“Others don’t get to choose what danger they are in. The climate crisis, driven by fossil fuel emissions, is putting millions, potentially billions, in grave danger.”

The organisation said the action was the first of many planned across Scotland over the next fortnight as part of Rig Rebellion 2.0.

A spokesman for Forth Ports, owner of the Port of Dundee, said: “Earlier today, Forth Ports was made aware that a number of apparent protesters had made their way via the River Tay to the Valaris 122 jack-up rig, which is currently berthed at Princess Alexandra Wharf at the Port of Dundee.

“We have deployed one of our pilot boats at the scene and this will remain in attendance as a safety precaution should anyone require assistance.

“We are also liaising with the rig’s owners and with the relevant authorities.”

A Shell spokesman said: “We’re aware of the protest action on the Valaris 122 rig. The safety of those involved – both protesters and workers – is our prime concern.”

Chief executive of industry body OGUK, Deirdre Michie, said: “This is a dangerous and short-sighted stunt which does absolutely nothing to help provide the solutions which will be required to meaningfully deliver net zero emissions by 2045 in Scotland.”

She said the oil and gas industry is “part of the solution” to climate change.