Man hurt after explosion rips through block of flats

Four fire engines were sent to the scene on Moray Road in Fraserburgh. 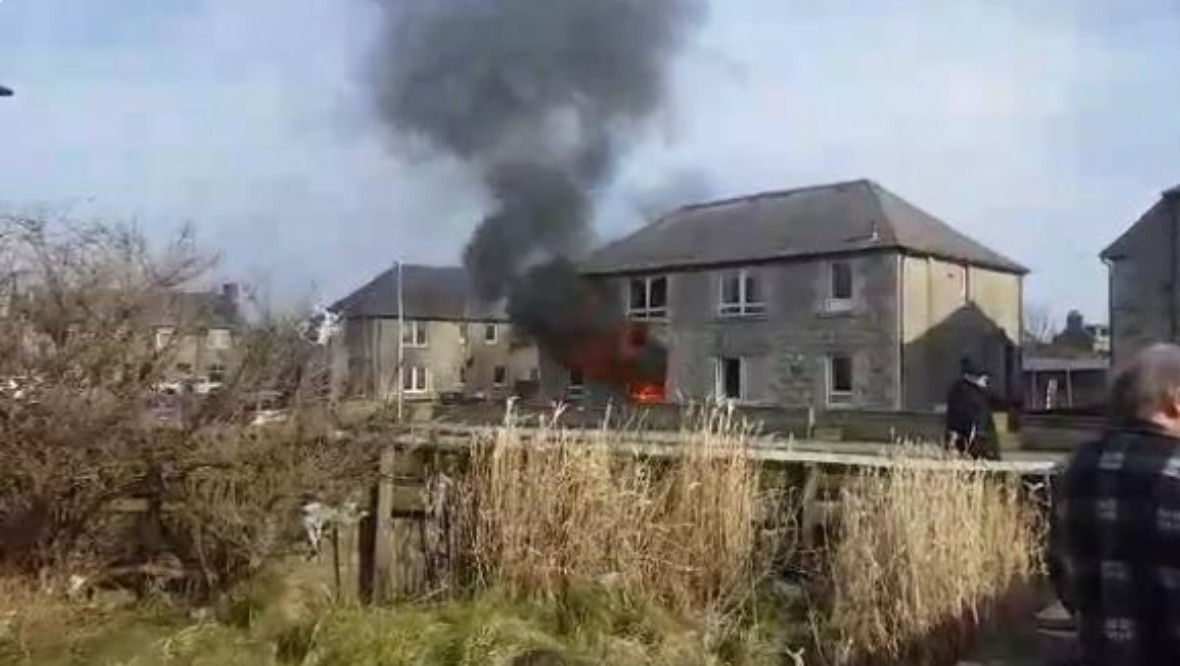 A block of flats has burst into flames following an explosion in Aberdeenshire.

Four fire engines were sent to the scene on Moray Road, Fraserburgh, where the building was on fire.

The Scottish Fire and Rescue Service said the property appears to have suffered substantial damage.

Police confirmed they received a report of the explosion, shortly after 12pm on Friday.

A spokesman said: “We were called around 12.10pm on Friday March, 6, to a report of an explosion at a block of flats in Moray Road at Watermill Road in Fraserburgh.

“The fire service are in attendance as the building is alight.”

A man has been taken to hospital after the incident.

A Scottish Ambulance Service spokesman said: “We received a call at 12.07pm to a fire on Moray Road, Fraserburgh.

“We dispatched two ambulance crews, our special operations response and our trauma team to the scene and transported a male patient to Aberdeen Royal Infirmary.”