Huge emergency response after train comes off the track on the Dundee-Aberdeen line. 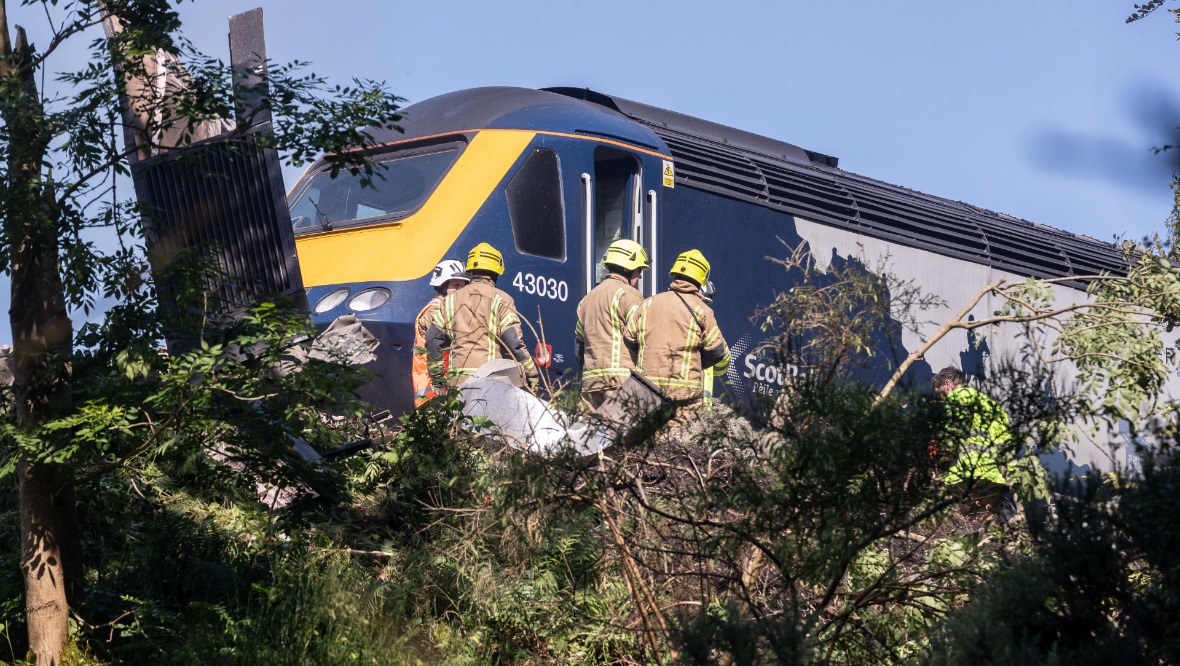 Anxious families and friends are awaiting news of their loved ones after a commuter train derailed just outside of Aberdeen.

The Wednesday morning crash sent plumes of smoke into the sky that could be seen for miles, prompting a massive emergency response.

The derailed five-carriage train, which departed from Aberdeen at 6:38am on its way to Glasgow, left the tracks around 10am close to Stonehaven.

Helicopters flew in and out of the site throughout the day, but officials were not releasing any information on the number of casualties or confirming rumours of deaths at the scene.

Normally a train with five carriages could carry upwards of 1300 people, but social distancing measures brought on by the pandemic has cut that number significantly.

ScotRail haven’t said how many people were travelling, although local “stay at home” orders may have reduced the number of commuters heading out of the city on the early morning train.

A centre was set up in Aberdeen for friends and families to get more information on anyone who was on the train, but haven’t been heard from since the derailment.

NHS Grampian set itself up at Midstocket Church in Aberdeen, saying it would “provide help and support and a direct link with the emergency department at Aberdeen Royal Infirmary.” It discouraged anyone from heading straight to the hospital looking for loved ones.

“This is an extremely serious incident,” First Minister Nicola Sturgeon said shortly after the derailment, adding there were reports of “serious injuries.”

Heavy rain overnight caused flooding throughout the area, which may have been a contributing factor. Local MP Andrew Bowie said the River Carron burst its banks and caused flooding in Stonehaven, but added the water receded quickly as the stormed slowed.