Emergency crews remain at scene of forest fire 24 hours on

Firefighters were called to Hillhead Wood, near Thomshill in Moray, shortly after 2pm on Sunday. 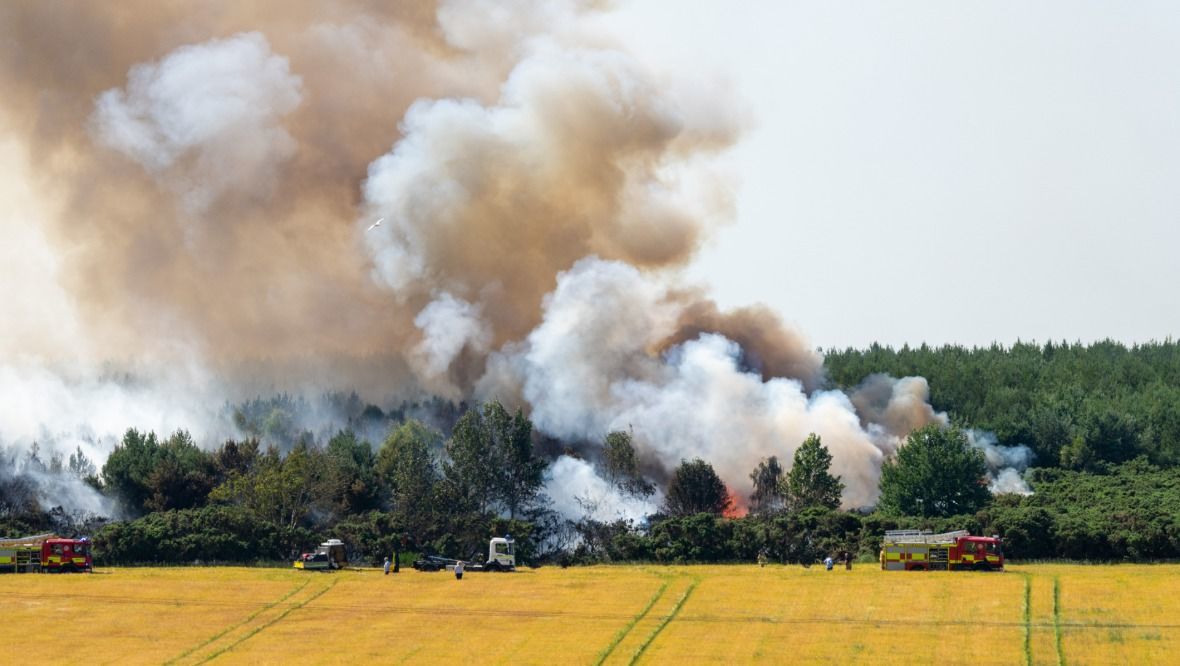 Firefighters remain at the scene of a forest fire more than 24 hours on after the alarm was raised.

Emergency crews were called to Hillhead Wood, near Thomshill in Moray, shortly after 2pm on Sunday.

The Scottish Fire and Rescue Service (SFRS) mobilised six appliances and special resources – including a water carrier – to tackle the blaze.

The SFRS said at the fire’s height, around 1km by 500m was alight.

On Monday afternoon, the SFRS said four appliances remain in attendance as crews continue to “dampen down the site”.

There have been no reported casualties.

A SFRS spokesperson said: “We were alerted at 2.08pm on Sunday, July 25 to reports of a fire in the open at Hillhead Wood, near Thomshill, Elgin.

“Operations control mobilised six appliances and special resources to the scene including a water carrier.

“At its height, the fire was approximately 1km by 500m.

“Four appliances remain in attendance as crews dampen down the site.