Christmas pizzas and deep-fried sprouts on the festive menu 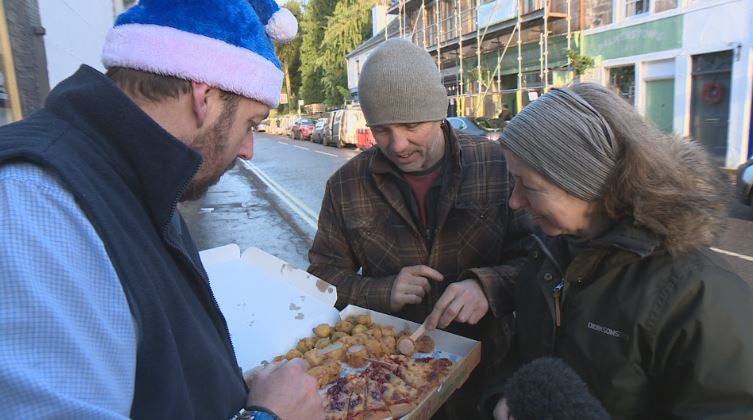 A takeaway in Highland Perthshire is serving up its own take on Christmas dinner.

Throughout December, the Dunkeld Fish Bar is offering battered Brussels sprouts and pigs in blankets.

Perhaps pizza doesn’t spring to mind when you think of the traditional festive feast, but the menu even has a themed take on the Italian staple, topped with cranberry sauce, brie and bacon.

Scott Davie, owner of Dunkeld Fish Bar, described the festive offerings as “absolutely out of this world”.

He told STV News: “It’s once a year and it’s something different. The sprouts are absolutely fantastic, they’re notorious for being overcooked, but because they’re battered, they’re nice and crispy and light and they’re steamed in their own juice, which is just amazing.

“It’s a slow burner and then it gets to the first weekend when we have Santa day and then it’s really, really busy which is great.”