'So many people I know are dying, I can't go to every funeral'

Campaigner calls for more help and support for drug abusers - as garden of remembrance opens. 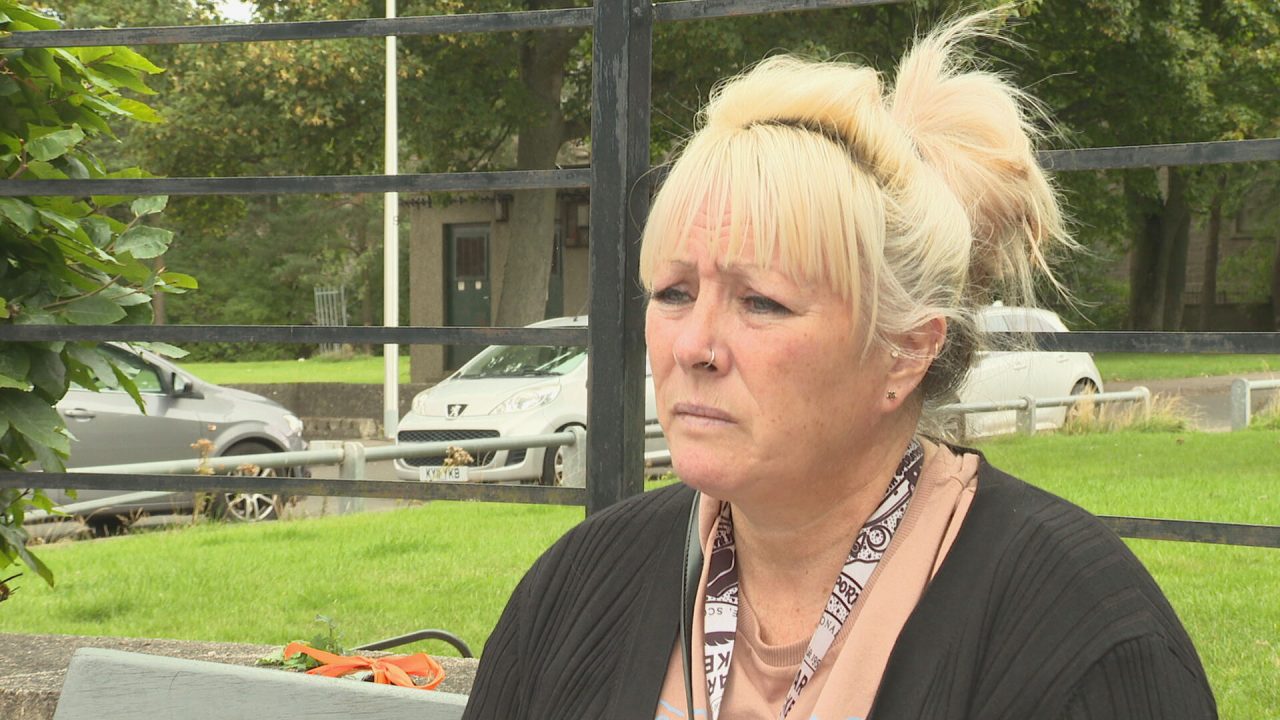 People struggling with drug addiction are trapped in a “vicious cycle” with little access to help, a campaigner has warned.

Noreen Forster, from Dundee, said she had lost count of the number of people she knows who have died due to drug abuse, and recently lost a close friend days after he left prison.

A garden of remembrance has been opened in the city for those who have lost a loved one to addiction or suicide.

The drug-death rate in Dundee is the highest in Scotland, with around 45 deaths per 100,000 people.

Noreen told STV News: “Lochee used to have so many young people and I just feel in my age group – 30 to 50 – there’s a whole generation missing. It’s just heartbreaking. I’ve really felt it in the community in Lochee as a whole.

“It started back in my day with party drugs. Then for some people it’s not enough and they want more and more. Some people went to get help. Others didn’t and by then it was too late.

“Every couple of weeks you’re finding out somebody else you’ve known has died through overdose. It’s sad, but it’s a common thing now. You can’t even go to every funeral because you’d never be away from funerals.”

Noreen said drug abusers in the criminal justice system were “sheep left to the wolves”.

“People do well in jail because it’s a controlled environment,” she said. “But once they are out, they are sent home and given a prescription for the chemist. No detox or rehab programme.

“Then they meet people and they are back down the same spiral. My friend came out and was gone days later. He sadly became another statistic.”

Last year, there were 1330 drugs deaths recorded in Scotland, just nine fewer than in 2020. And despite that number falling for the first time since 2013, it’s still the second highest on record.

Noreen hopes the memorial garden will help to make a difficult conversation much easier for those in the community affected by drug abuse.

But she insisted a better support system should be in place to help people suffering from drug addiction and their families.

“If you’re in a bad place, you won’t be out looking for help,” she said. “I don’t think it’s easy to come forward. There’s no place if you’re hitting a low point here. There’s not enough finances or people qualified to help.

“People say it’s selfish, but I don’t think anyone who has died of overdosing has meant to hurt people. You’re trying to ease the pain you’re feeling.

“It’s sad that we have got a remembrance gardens when they should have had the proper help for people in the first place. It’s a failure on everyone’s part.”

A Scottish Government spokesperson said: “Every death from drugs is a tragedy and we are spending every penny of funding to prevent deaths.

“We invested over £250,000 in the last financial year in an innovative prison to rehab programme to support people on release from prison in their recovery journey.”