Parents Syd and Helen, along with son Ian, have created a festive display in daughter Sara's honour. 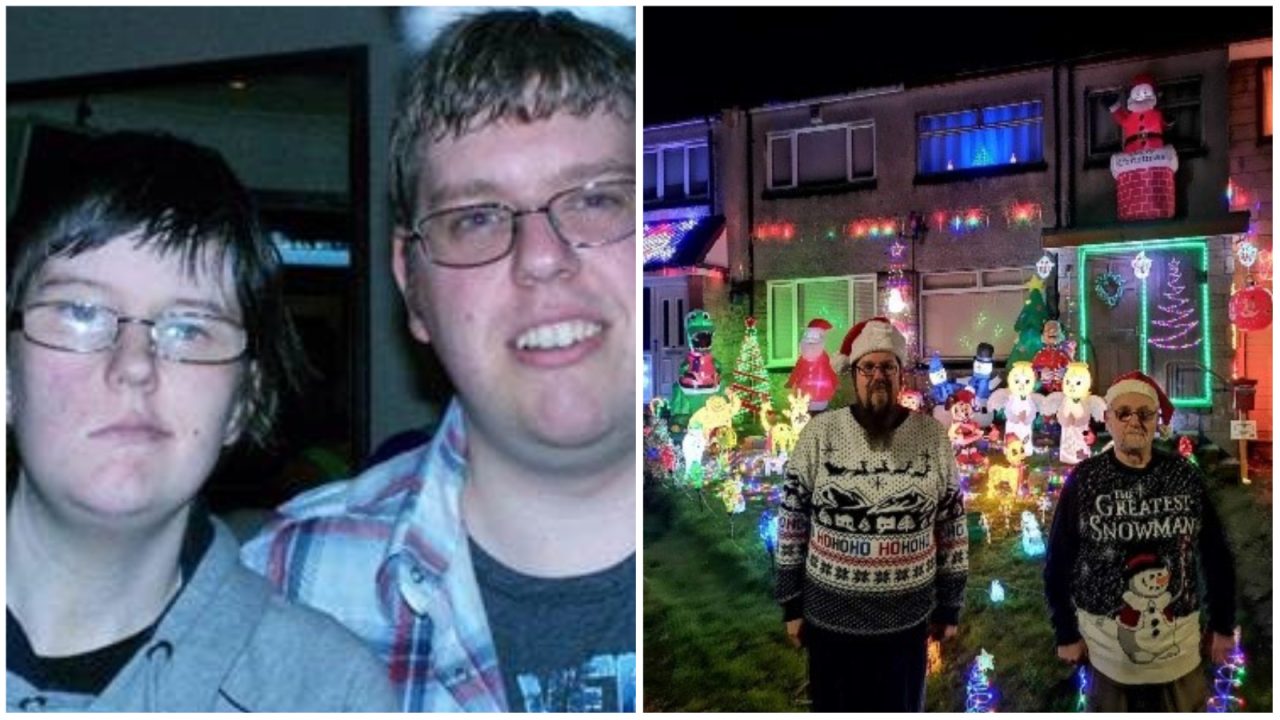 A Scots family have lit up their home in honour of their daughter and sister who died from a brain tumour.

Parents Syd and Helen Craighead, both 69, along with son Ian, 40, have created the Christmas display in honour of their daughter Sara, who died of a brain tumour in 2013 at just 35 years old.

They hope the festive display will help support other families dealing with loss during the holidays and raise vital funds for the charity Brain Tumour Research.

During an eye test in 2002, an optician discovered something wrong with Sara’s right eye and referred her to Ninewells Hospital in Dundee for an MRI scan which revealed a brain tumour.

Surgeons removed the tumour along with the inner part of her ear, leaving Sara partially deaf.

However, a further scan in 2005 showed the tumour had grown back and she had another operation, followed up with a course of radiotherapy.

Ian said: “It was difficult to see my sister going through it, but she never complained and just got on with it. A few years later, Sara was found to be hypoxic; scans revealed the original tumour had spread to her spine and she was told no further treatment was available for her.”

Sara’s family are determined to raise funds for Brain Tumour Research in her memory. The charity fund research at dedicated centres across the UK and is campaigning for the UK government to commit to a national annual spend of £35m in order to improve survival rates and patient outcomes in line with other cancers.

According to research by the charity, brain tumours kill more children and adults under the age of 40 than any other cancer, yet historically just 1% of the national spend on cancer research has been allocated to brain tumours.

The family are joining in Brain Tumour Research’s Wear a Christmas Hat Day to raise funds and have covered their house in Portree Avenue, Dundee in a vibrant display of Christmas lights to collect donations.

Ian, a furniture catalogue administrator, said: “The lights turn what could be a sad time into a happier time and they help to raise awareness of this devastating disease and much-needed money to help find a cure. They make me smile and if they make just one other person smile then it is worth all the effort.”

He said: “Christmas was a special time for our family, so we put up Christmas lights and make a big display in memory of Sara. People come to see the lights and make a donation to Brain Tumour Research to help fund new treatments and hopefully a cure so someone else won’t have to go through what Sara did.”

Matthew Price, community development manager at Brain Tumour Research, said: “We’re so sorry to learn that Sara died from this devastating disease. We’re really grateful to Ian and Syd for lighting up their house and taking part in our annual Wear A Christmas Hat Day.

“This raises vital money which will progress our research into brain tumours which will improve the outcome for patients like Sara who are forced to fight this awful disease. If you can’t join in on December 16, you can choose any other day in December to suit you.”

The JustGiving page from Sara’s family can be found here.