The Discovery Point dome tells the story of Captain Scott's epic voyage to the South Pole. 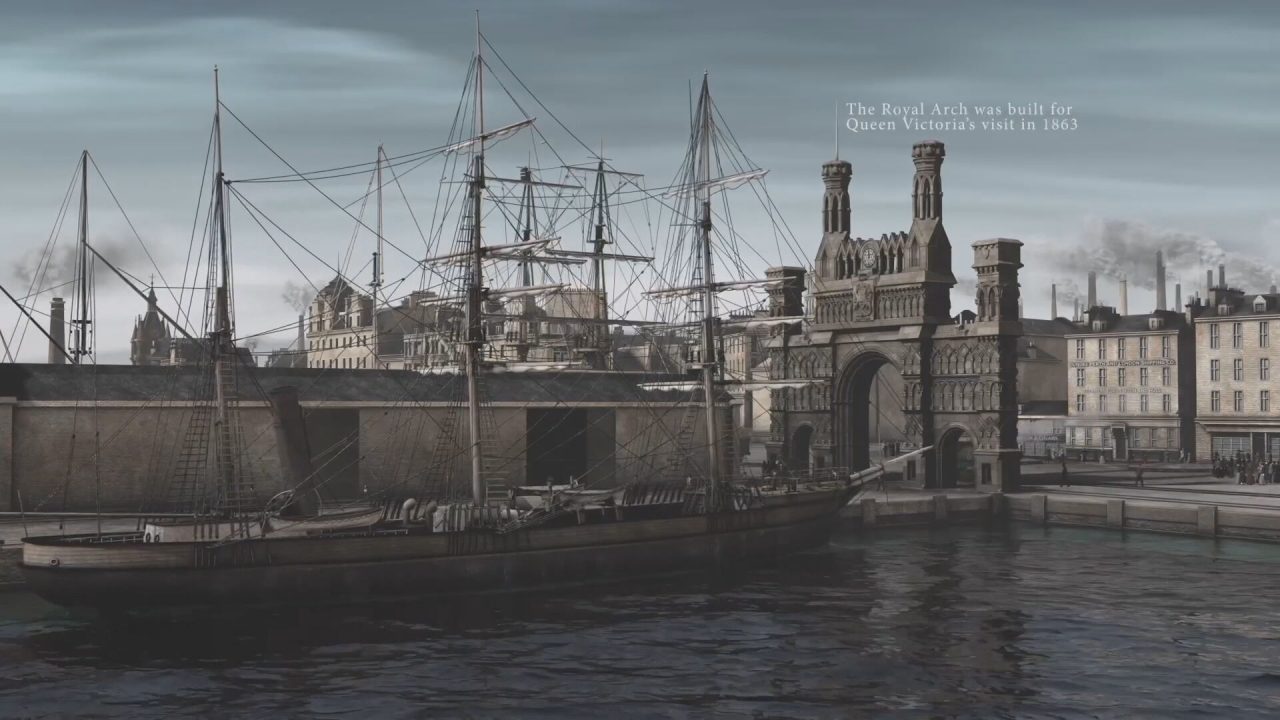 A virtual 360-degree experience illustrating how Dundee looked 150 years ago has opened at a tourist attraction.

The previously inaccessible dome on top of Discovery Point has undergone a transformation which tells the story of Captain Scott’s epic voyage to the South Pole.

Visitors are transported back to Dundee when the historic RRS Discovery ship was built and sheds light on the city’s flourishing industrial past.

It was the first ship specifically designed for scientific research in Antarctic regions and was first launched from Dundee in 1901 in the first of three major scientific expeditions.

Shots from space showcase famous landmarks including the Royal Arch, which was demolished in 1965, along with Dundee Law and St Paul’s Cathedral.

Emma Halford-Forbes, from the Dundee Heritage Trust, said: “We’ll let them see the Discovery set sail on its sea trials and talk about history of the city; the Royal Arch, Caledonian Railway Station – part of the city’s heritage we don’t see anymore.”

A rotating globe using detailed NASA imagery to offers a unique view of Antarctica is also on display in the gallery.

Chair of Dundee Heritage Trust, Jim Pettigrew said: “In terms of Arctic research and climate change, they were pioneers.

“That information is still being used today, connecting the past with the future in really chunky important issues of today.”