Kayleigh Ptak, from Perthshire, said the youth awards programme has given her more independence and confidence. 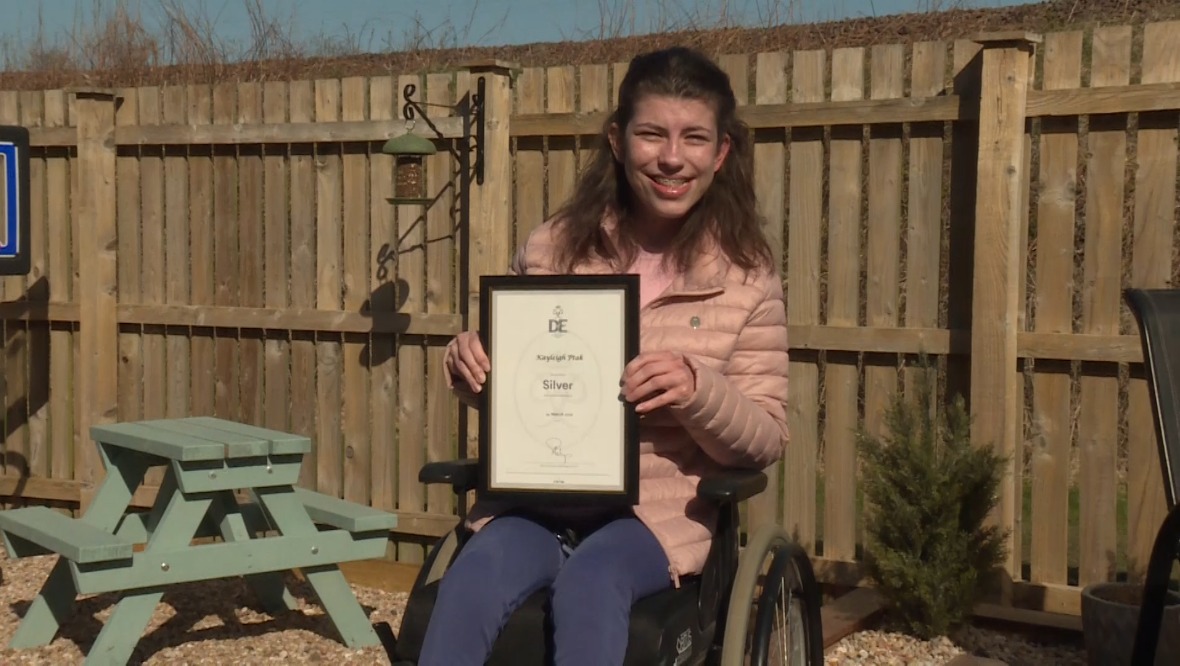 A young woman with autism and cerebral palsy has praised the Duke of Edinburgh’s Award for giving her an “amazing sense of achievement”.

Kayleigh Ptak, from Perthshire, told STV News that Prince Philip’s youth awards programme has given her more independence and confidence.

The 19-year-old, who has attained a silver award, said: “It’s shown me that I can do anything, because I never thought Duke of Edinburgh was something I would be able to do and it has shown me that anything is possible.

“And I hope, in the future, if I continue with DofE to inspire others to take part if they get the opportunities I have, because it’s just something that I am so passionate about.”

The 99-year-old, who’s funeral takes place on Saturday, established the Duke of Edinburgh’s Award in 1956.

The awards programme – which operates in more than 140 countries – aims to inspire and transform the lives of young people through volunteering, physical activities and expeditions.

Kayleigh added: “It came along at a time where I didn’t really know what I was doing. So, I don’t think if I had DofE in my life when it first arrived, I don’t know what I would be doing.

“I’ve met a great bunch of people who, although we all have different needs and abilities, we all support each other and look out for each other when we need it, and we just get on so well as a team.”