Driver dies after lorry careers into barrier and plunges off bridge

A lorry driver has died following a crash on Thursday morning. 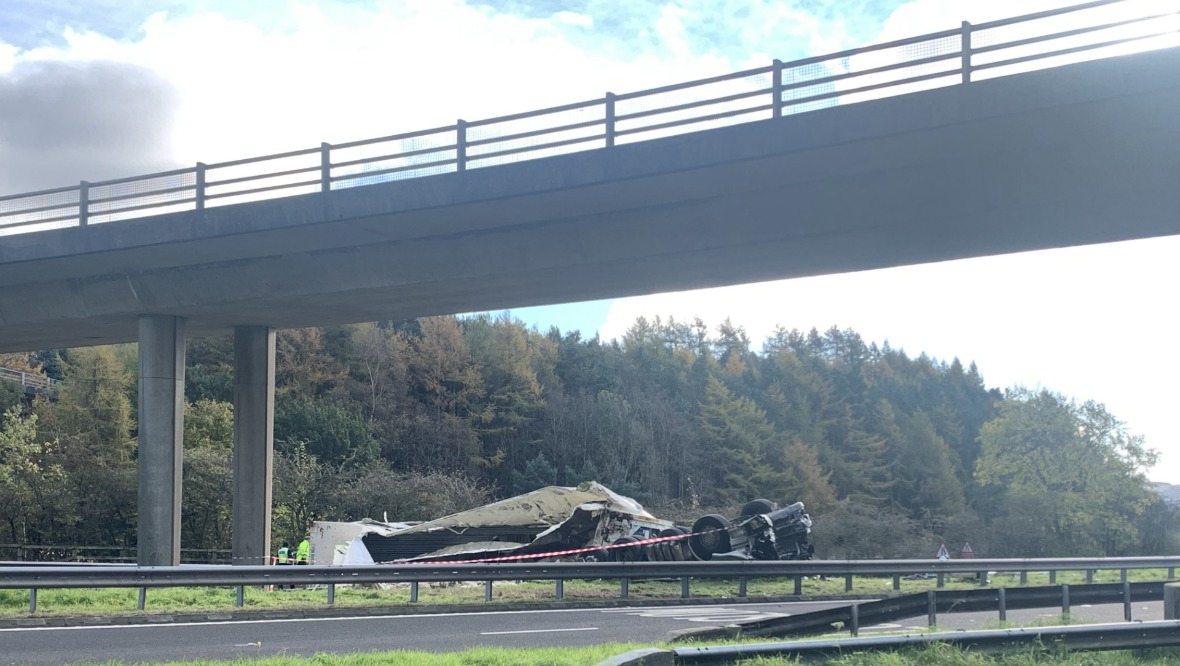 A driver has died after his lorry crashed through a bridge barrier and landed on the road below.

Emergency services were called to the scene at the M90 near Broxden Roundabout in Perth at around 7.20am on Thursday.

The lorry, carrying potatoes, was driving on the motorway flyover when it collided into the barrier and plunged onto the carriageway.

Emergency services attended the crash but the 55-year-old was pronounced dead.

A spokesman for the force said: “A man has died following a collision on the M90 near Perth. The incident happened at around 7.20am on Thursday.

“The 55-year-old man was driving a lorry southbound when it collided off the slipway. He was pronounced dead at the scene. His next of kin have been informed.

“The lorry was transporting bags of potatoes.

“A road closure remains in place and enquiries are currently ongoing.

“Officers are asking for any witnesses with any information or dash cam footage to please contact police via 101.”