Reserve champion Donkey Bond was taken in by a big-hearted family and raised in a farmhouse kitchen. 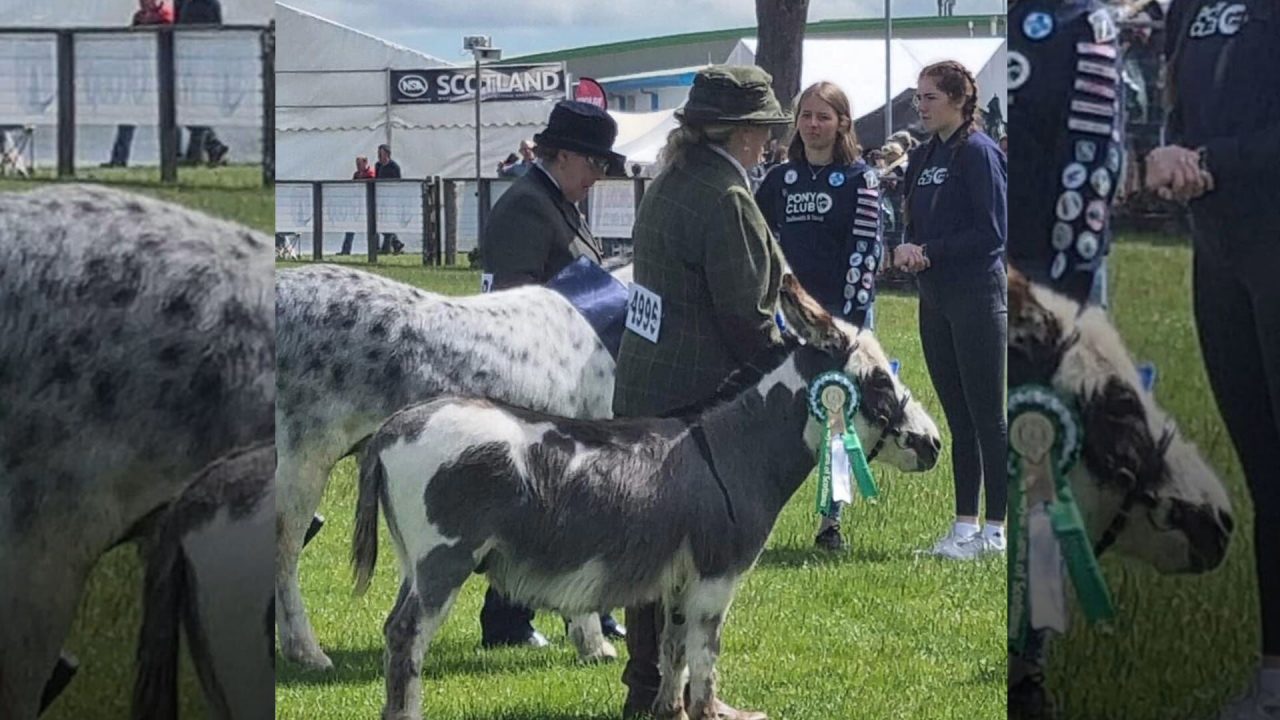 A miniature donkey rejected by his mother and raised in a kitchen has triumphed at the Royal Highland Show.

Donkey Bond – named after the film star secret agent 007 – took the reserve champion title at this year’s annual event at Ingliston on the outskirts of Edinburgh.

Owner Alison Wiseman spoke to STV News about the moment her beloved donkey landed second place in the stallion and gelding class.

“There wasn’t a miniature class so donkey bond was against the big donkeys,” she said. “The judge then decided that the donkey that had beaten Bond, the nice dappled one, was going to be champion. It was well-deserved – beautiful donkey.

“Then I couldn’t believe my luck when she pointed to Bond to be the reserve champion, so absolute dream come true.”

Donkey Bond was taken in by the family five years ago after his mother refused to feed him.

The lucky foal was given round-the-clock care at Balnuith Farm in Angus to bring him to full health, with Ms Wiseman hand-rearing the foal every two hours.

Ms Wiseman added: “To be at the Highland Show with the best animals, not even in Scotland but in Britain, to be called forward as reserve champion with a little guy who slept at the Aga, sat on the sofa, and got alpaca milk, what can you say?