301 employees in Scotland were made redundant immediately. 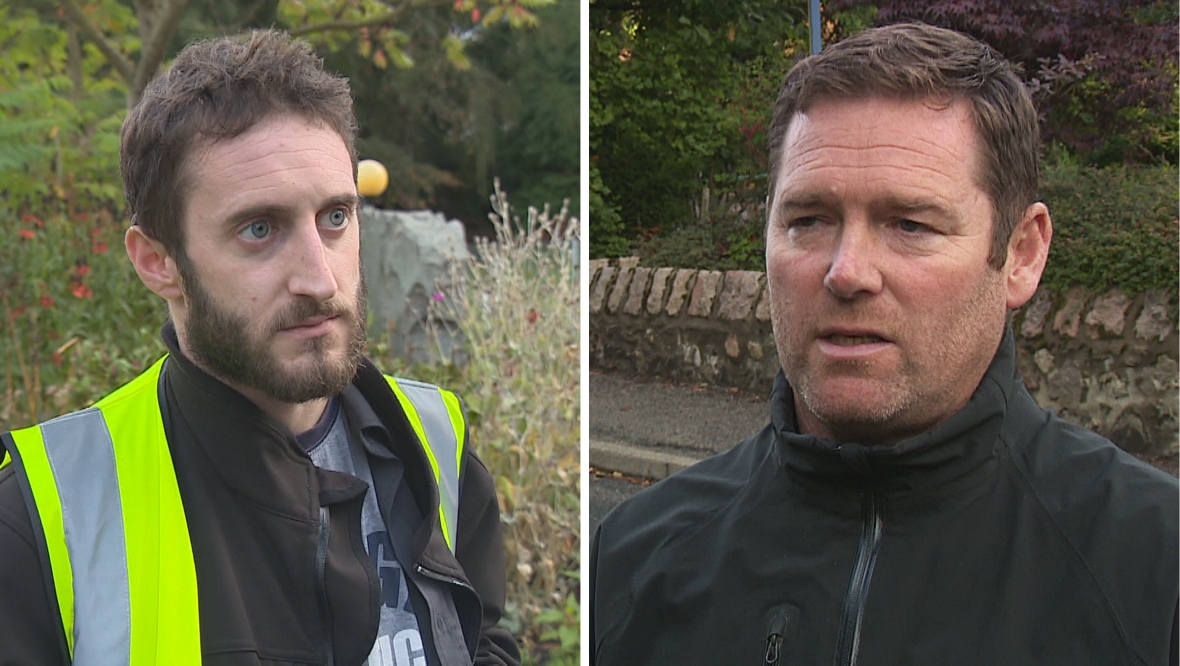 Workers at a historic paper mill have expressed their shock after being told they would be losing their jobs.

It comes after it was announced that Stoneywood paper mill in Aberdeen would be entering administration.

The mill has been operating for around 250 years.

Of the company’s 463 UK-based employees, 368 were immediately made redundant.

In Scotland, 301 employees were made redundant, while 71 retained their jobs.

Calum, who has worked with employees at the mill for a decade, described the loss of the mill as “devastating”.

“To be shut down so suddenly when things looked so promising, with no consultation with the workforce, it’s shocking.

“It’s a terrible, terrible way for this workforce to be treated.

“They’ve stuck with this company through thick and thin and it’s heart-breaking, it’s bloody awful to see.”

He added: “It’s devastating. There are families that have worked here for, some of them, the guts of the two centuries, two and a half centuries, that that place was open.

Alan worked for the company for 28 years.

Now, he will be seeking new employment after being told that he would be losing his job.

“There’s been a lot of people worked here for a lot of years, a lot of generations and we’re all pretty shocked to be honest.”

He added: “It’s not going to be easy I’m sure, it’s a large establishment so there’s going to be a lot of people looking for jobs.”

Mike, employed by the company for just over 12 years, acknowledged the efforts of management in trying to keep the mill open.

“Management have tried their best to keep the mill open, haven’t managed, so fair play to them for keeping the boys on as long as they could,” he said.

Blair Nimmo said that the business had experienced difficulties in a competitive market.

“Clearly, yesterday was a very, very sad day for everybody involved with the business,” he said.

“It’s been trading for a very long time and producing great quality products during that time.

“But over the last few years, since it expired in late 2019 from insolvency at that stage, it then quickly suffered some difficulties, a consequence of Brexit and then followed on by the pandemic.

“And then more recently, the substantial increases in pulp prices and energy prices and fuel prices.

“So, it has had a difficult time in a very competitive market, but it really came to a head just in the last few weeks.”