Figures show there has been a 40% decline in teachers of the deaf, while almost half are due to retire in the next ten years. 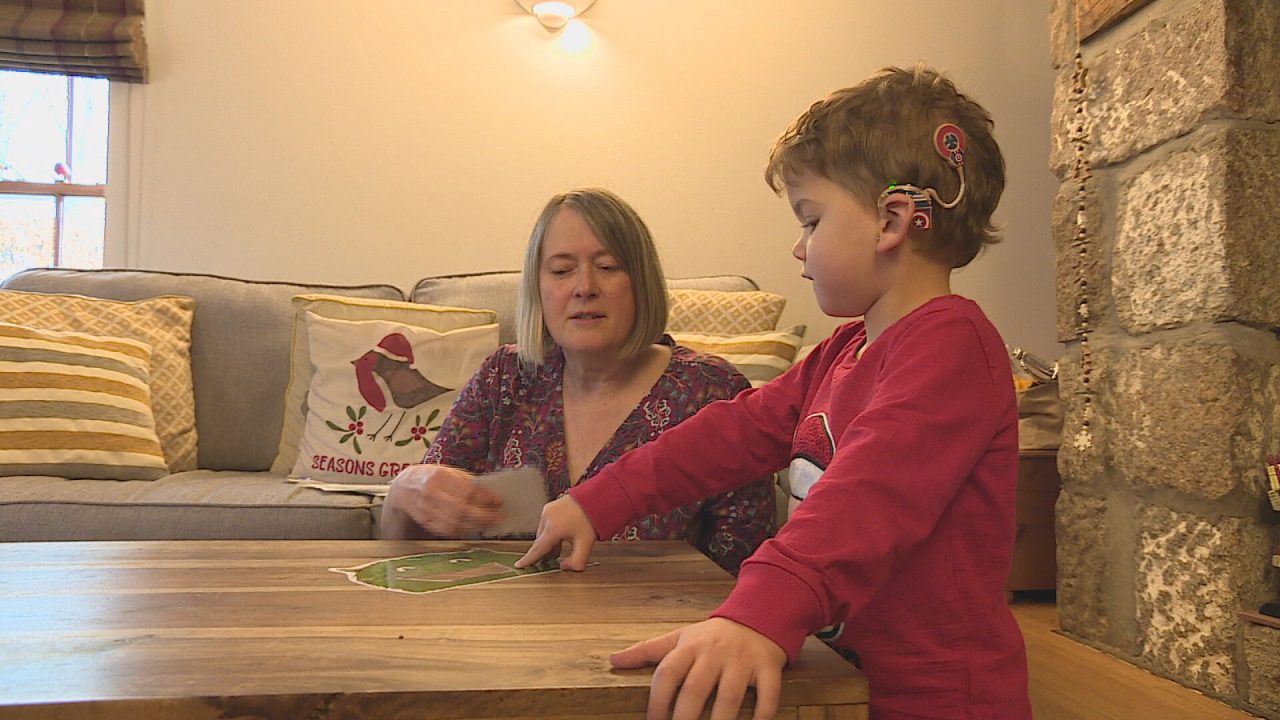 A charity supporting deaf children has said there is a “looming educational crisis” after the number of specialist teachers fell drastically.

According to the National Deaf Children’s Society across Scotland, there’s been a 40% decline in teachers of the deaf, while almost half (45%) are due to retire in the next ten years.

As a result, the charity predicts young deaf people in Scotland will be twice as likely as their hearing classmates to leave school with no qualifications and half as likely to go on to university.

When Lewis Park was born, he failed a hearing test in hospital.

His mum, Victoria Park said: “It’s a really lonely journey when you have that diagnosis.

Now aged four, Lewis can hear thanks to his cochlear implants.

He’s able to live a normal life like any of his classmates, which Victoria says is down to the support of Lynne Arthur, his teacher of the deaf.

Lynne said: “There’s three prongs, supporting the families at the younger age and preschool. Once they are in school, it’s checking that children are able to access the full curriculum.

“Then thirdly, it’s making sure that mainstream teachers understand the child’s needs and how they can support them.”

Because of the difference made to children’s lives, the National Deaf Children’s Society says action needs to be taken urgently.

They say not everyone is as lucky as Lewis and his family as thousands of deaf children are left to struggle through school alone.

Mark Ballard, head of policy and influencing for Scotland with the National Deaf Children’s Society, said: “We were shocked to see the decline in teachers of the deaf.

“We want local authorities and the Scottish Government to work together to guarantee there will be jobs for teachers that do the qualifications.

“We need proper pay and recognition of the amazing work they do alongside deaf children and young people.”

A spokesperson for the Scottish Government said: “All teachers provide support to children and young people with additional support needs.

“The Additional Support for Learning Act places education authorities under duties to identify, provide for and review the additional support needs of their pupils, including those affected by deafness. Education authorities also have duties to ensure that teachers who support children and young people with sensory impairments, including Deafness, are appropriately qualified.

“We are working to remove barriers for British Sign Language (BSL) users to becoming teachers, along with the General Teaching Council (GTCS). The Scottish Qualifications Authority (SQA) also now offers qualifications in BSL from level three to level eight.