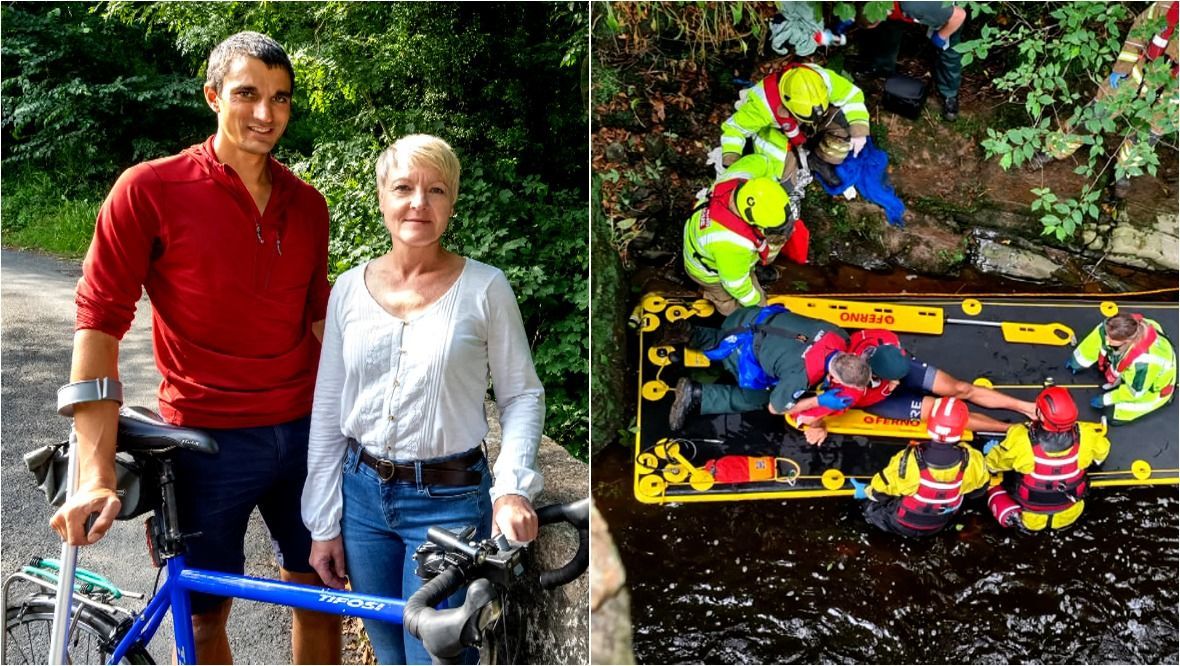 A cyclist who plunged 30ft from a bridge into a north-east river has said he owes his life to a quick-thinking RAF nursing officer who saved him.

Junior doctor Duncan Brown was airlifted to the hospital he works at following the horror accident at Portsoy, Aberdeenshire.

The 34-year-old had been on a 186-mile ride on Saturday when he skidded and hit a bridge on a sharp corner, tumbling over into a river eight metres below.

Purely by chance his accident was witnessed by officer Jenelle Kerr who lived nearby.

She raced to the scene and sparked a huge rescue operation.

Mr Brown told STV News: “I remember going over the wall smashing into this tree, half blacking out, going down the embankment and ending up in the river.

‘I wouldn’t be here today and I think it’s just sinking in.’

“I wouldn’t be here today and I think it’s just sinking in.

“At the time it was all a bit of a shock but having been back to the bridge since and going over the events mentally, it’s nothing short of a miracle that I’m still here. “

Thanks to Ms Kerr’s rapid response Mr Brown’s was airlifted to Raigmore, the very hospital he had just finished work in as a junior doctor.

Ms Kerr said: “I heard click-click-click and it caught my attention. I saw a red flash out of the corner of my eye.

“I saw Duncan go over the top of the stone. If it had been three minutes earlier I wouldn’t have heard or seen a thing.

“The chances of nobody being there and someone noticing him going over were very slim.

Now safely home with his wife Lizzie and their eight-week-old baby daughter Emily, Mr Brown says he will get back in the saddle – but with a new outlook on life.