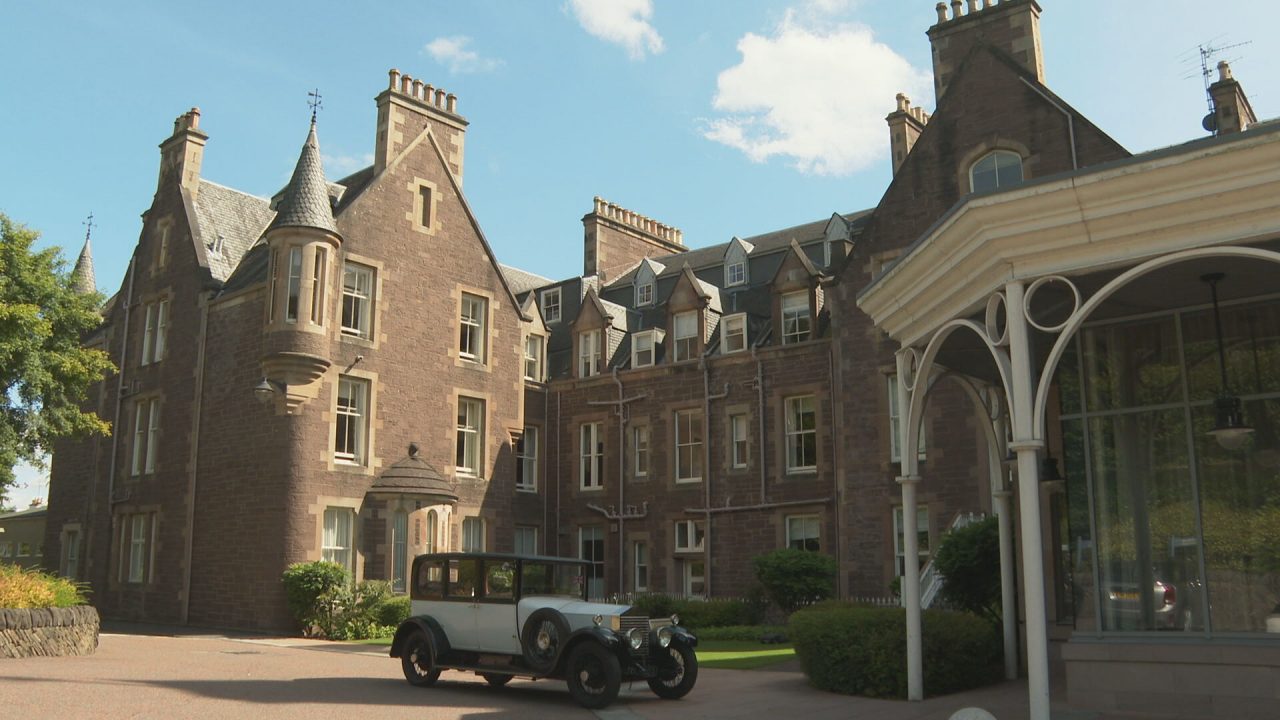 The owner of Crieff Hydro is facing a million-pound rise in its hotels’ energy bills.

Households and businesses across the country are facing steep rises in their living costs with inflation now at 10.1% and the UK on the brink of entering recession.

“That is a real concern to many, many businesses, including ours,” Mr Leckie told STV News.

“That is the ‘basket of goods’ inflation. Real input costs to businesses like ours are way beyond that.”

The chief executive of the Crieff Hydro Family of Hotels said the price of glass bottles for gin had gone up by 30% – three times the latest inflation figures.

“These cost increases are exorbitant and really harrowing for the business to cope with. And, simply, we have to pass some of these costs onto our customer.”

Mr Leckie, also chair of the Scottish Tourism Alliance, told STV News that the hotels were still running at “pretty much maximum occupancy”, but that guests were spending less on activities and food and drink.

“People have less money. They’re concerned about what will come their way with the increased energy price this October.

“We’re already sensing is a lesser spend in the restaurants and bars and the activities we offer.”