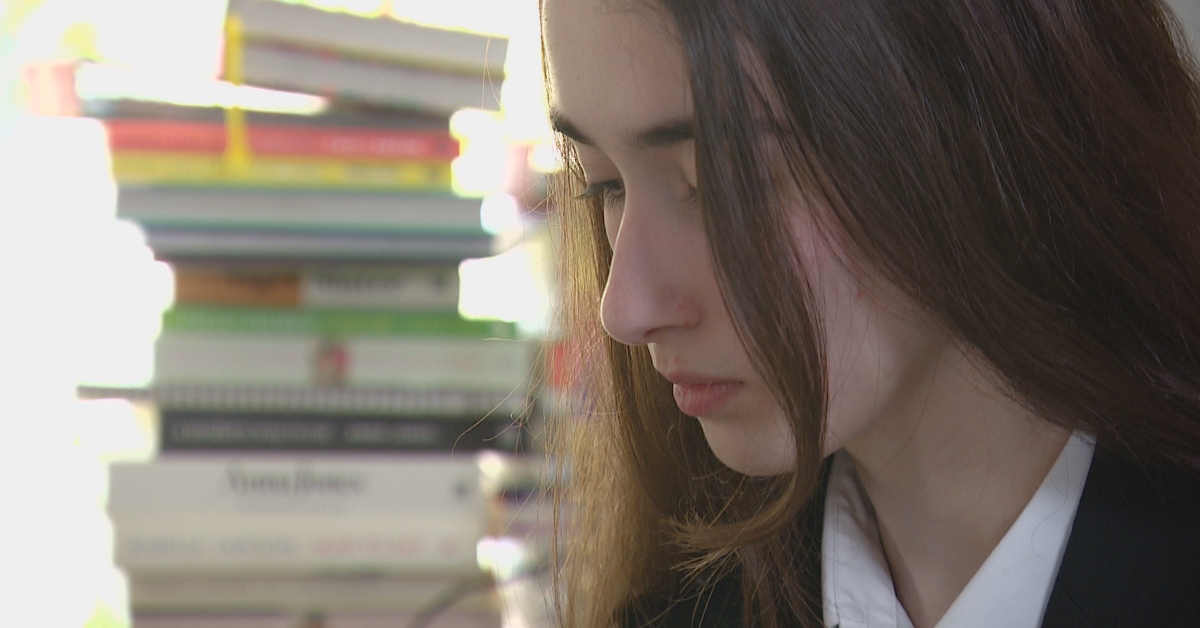 A school’s response to allegations of widespread sexual assault and racism has been criticised by the teenager who raised them.

Anna De Garis, a fifth-year pupil at Crieff High School in Perthshire, said she had personally experienced sexual assault and bullying – but had witnessed far more.

The 16-year-old told STV News that speaking out was not about “trashing” the secondary school, but that a meeting to discuss her concerns with the headteacher on Monday had left her in tears.

She said that despite efforts to make the school a safe space – including appointing mental health representatives and Rape and Sexual Abuse Centre (RASAC) ambassadors – “horrific” things were still happening.

Perth and Kinross Council said the kind of behaviour Anna described was not tolerated at any of their schools and that all allegations were taken extremely seriously.

“I was shaking after the meeting,” Anna told STV News, “It was horrible. I was really distressed.

“If there is a support system, why is it not being used effectively? And why are these horrific things still happening?”

In an open letter to the school, MPs, MSPs, Perth and Kinross Council and the Scottish Government earlier this week, Anna said it was clear to her racism, sexism, sexual assault and harassment, homophobia and transphobia was “rife” and that the school’s inaction was normalising the behaviour.

The teenager, who is due to sit her Higher exams this year, was provoked into action after hearing her friend was told to “kill themselves”.

She created a survey, asking her peers about their experiences of discrimination at Crieff High School.

There are around 600 children at the school, with just under 15% of pupils responding within 24 hours, she said.

Anna said she received well over 100 written responses from students.

“Reading them was terrible,” the teenager said, “I honestly feel so sad for some of the children at my school that have had to deal with this and they’re children, which is the horrible thing.”

Among the allegations of abuse are claims of racial-epithets being used casually, anti-semitism and Holocaust denial, homophobic and transphobic slurs regularly directed at LGBTQ+ students, and misogynistic behaviour.

Responses to the survey claim male teachers had made sexist jokes and that schoolgirls were sexually assaulted by other pupils.

Anna has been worried since speaking out, but said she was glad she did and wants a zero tolerance approach implemented.

“I really hope that if I can change Crieff, other schools will start to do it too,” she said. “Because what I’ve heard from people in Edinburgh and people in Glasgow and people in Perth is that it’s not just me who’s having to deal with this.

“I think I’ve had my experiences with my school personally, but I think other pupils have been through a lot more than me and have had to deal with so many different situations I could never experience.”

Anna said the positive impact of her survey and open letter has been “extreme” and she wants to focus on that.

“I really am glad I spoke out,” she told STV News.

“It’s been really tricky and I’m really proud of myself. I honestly am, I think. From now on in my life, I’m going to do this and speak out for what I believe in.”

Perth and Kinross Council said Anna’s letter was “extremely powerful” and the allegations were being taken “extremely seriously”.

A spokesperson said: “An investigation is underway and so it would be inappropriate to comment further at this stage.

“However, Perth and Kinross Council takes all allegations of harassment, discrimination and bullying extremely seriously and will always work to support pupils who raise concerns about these issues with us.

“We would always encourage children, young people and their parents or carers to report any incidents of bullying.”

Police Scotland said it had not received any reports of incidents such as those detailed in the survey.

A spokesperson for the force said: “However, we would encourage anyone who believes they have witnessed or been the victim of any criminal behaviour to report this to police.

“Hate crime in any form is unacceptable and we will thoroughly investigate any offences reported to us.

“We work closely in partnership with the school and local authority and will provide any support necessary to address the issues raised.”