More than 20 crews are currently battling the flames at the Suez facility in Altens after the fire 'reignited' during the night. 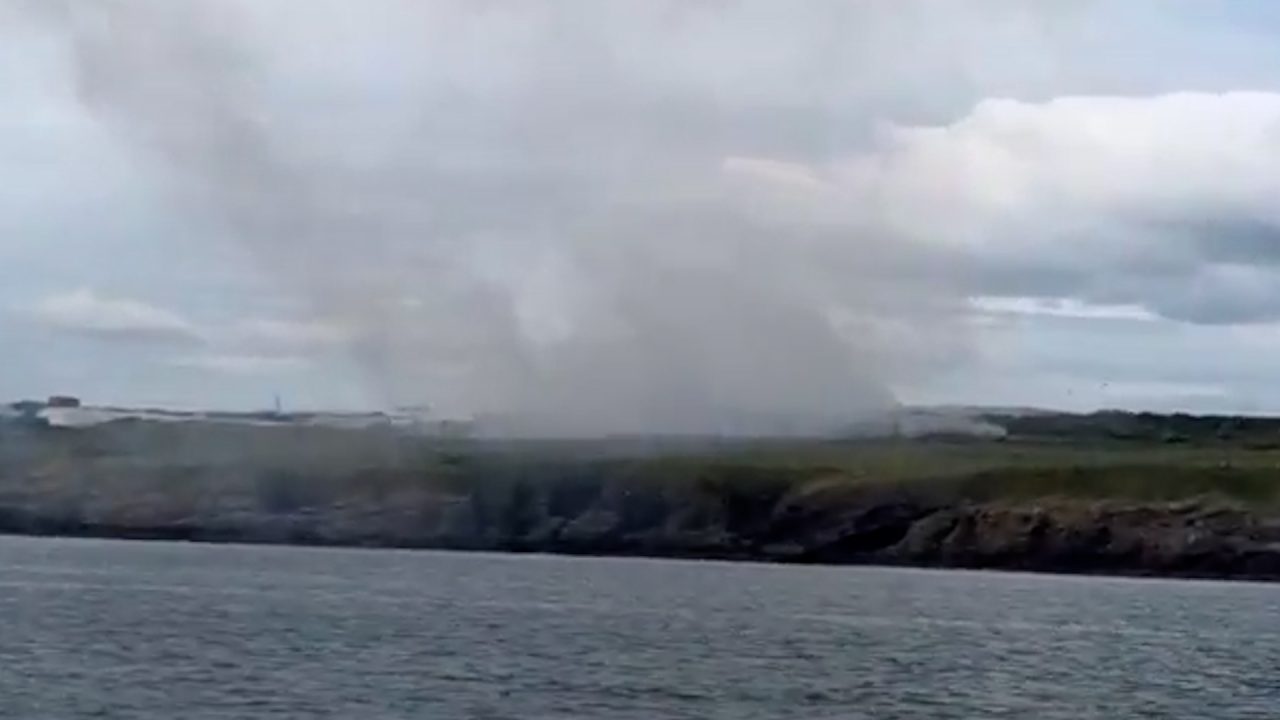 Fire crews have battled through the night to curtail the flames at an Aberdeen recycling plant after the blaze became “reignited”.

More than 20 appliances have been scrambled from across the North East of Scotland to extinguish the fire at the Suez facility in Altens.

The Scottish Fire and Rescue Service (SFRS) said firefighters were dealing with a “significant” incident.

Crews initially left the scene shortly after 10pm on Friday after a near-six hour operation when the blaze broke out.

However, the fire is thought to have restarted shortly after midnight, with 24 specialist vehicles including height appliances and high volume pumps now on the scene.

Eyewitnesses told how they saw huge plumes of black smoke swirling into the sky over local neighbourhoods.

SFRS bosses have warned residents to be aware of “widespread smoke” if travelling in the area.

Those in the Cove Bay area have also been made aware they will experience a drop in water pressure and may notice “discolouration” while crews use supplies to fight the blaze.

A statement from the service read: “SFRS crews continue to manage a significant fire at a recycling centre in Altens industrial estate, Aberdeen.

“If visiting the estate, please be aware of wide-spread smoke.”

Appliances from Aboyne, Alford, Banchory, Dundee, Montrose and Peterhead have been dispatched in order to assist crews in Aberdeen in tackling the flames.

John Wilkinson, regional director for Suez recycling and recovery UK said: “At 4.37pm on Friday, July 8, a fire started at our recycling facility in Altens, Aberdeen.

“The cause of the fire is as yet unknown, however, thankfully, no one was injured.

“We would like to thank the SFRS for their efforts to manage the fire throughout the night and we apologise for the disruption to our neighbours and the local community.”