RNLI saved five people on board the 160-tonne vessel after the alarm was raised on Friday afternoon. 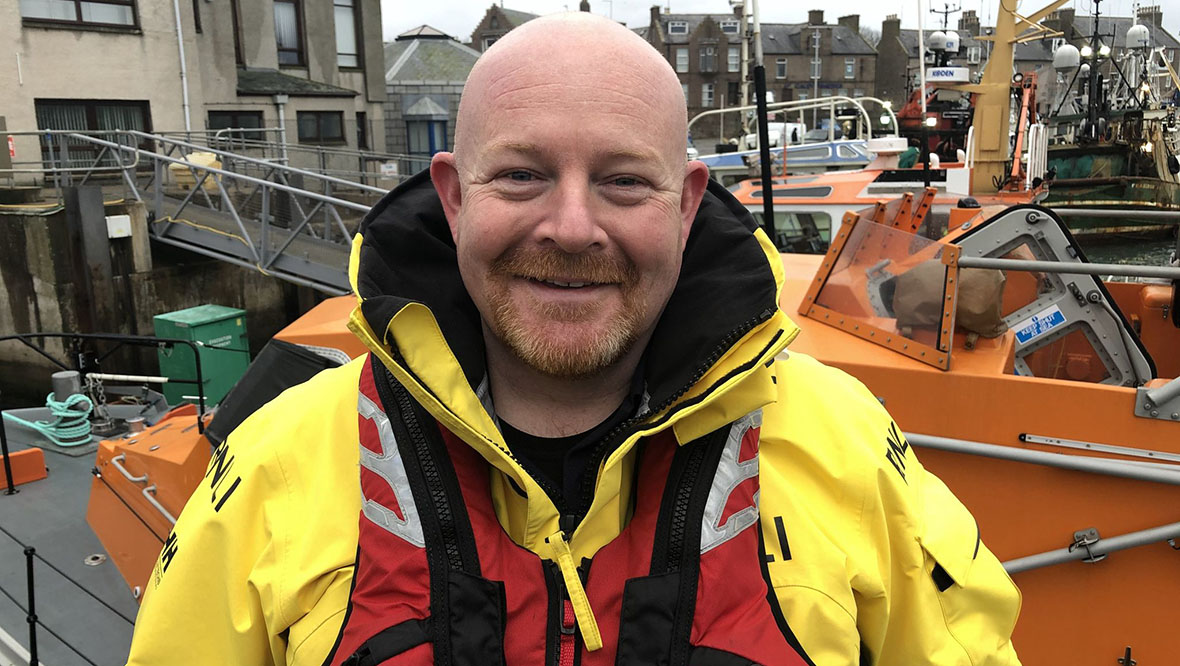 The coxswain of a lifeboat crew that saved a fishing boat from crashing onto rocks in Aberdeenshire has praised a “tremendous effort” by his crew in treacherous conditions.

Patrick Davidson told STV News he didn’t “plan for his first shout to be in a gale-force wind so close to the shore”.

Patrick and his crew raced into action to embark on the dramatic rescue mission when the alarm was raised at around 4.30pm on Friday.

RNLI Peterhead’s Tamar-class lifeboat The Misses Robertson of Kintail was on the scene within minutes to assist the stricken fishing vessel.

The boat was being towed into Peterhead harbour by another vessel but the tow broke numerous times in the stormy weather conditions.

When the lifeboat arrived the fishing vessel was dangerously close to crashing into the rocks at Peterhead South Breakwater and conditions were described as “extremely challenging” due to an easterly gale and significant swell combined with a backwash.

But the crew established a tow at the first attempt and brought the fishing vessel and its crew back to safety.

Patrick said: “This was a really tremendous effort by the crew showing great teamwork and seamanship by all involved in really difficult conditions.

“If we had arrived seconds later the boat would have hit the rocks and it may have been a different outcome.

“As soon as I saw how close she was to the rocks I immediately requested the helicopter – due to the perilous situation I realised we only had one attempt to get this right.

“The crew and the skipper of the boat could not thank the lifeboat enough and said they’d be forever grateful which makes all the effort worthwhile.

“There have been weather and flood warnings in place across Aberdeenshire today – the conditions were very dangerous but everyone worked together to ensure the safest outcome.”

Two coastguard teams stood by on shore and a coastguard helicopter was also at the scene in Aberdeenshire.

He said: “This was really a phenomenal performance by all involved, showcasing great leadership from Pat on his first shout as Coxswain and excellent teamwork from the rest of the crew.

“This was a critical incident and the effort from everyone on shore and at sea has resulted in five lives being saved.

“It is a tremendous outcome, and I’d like to commend the bravery displayed by the crew.”