Grant McIntyre will start the next phase of his long road to recovery at his home in Perthshire. 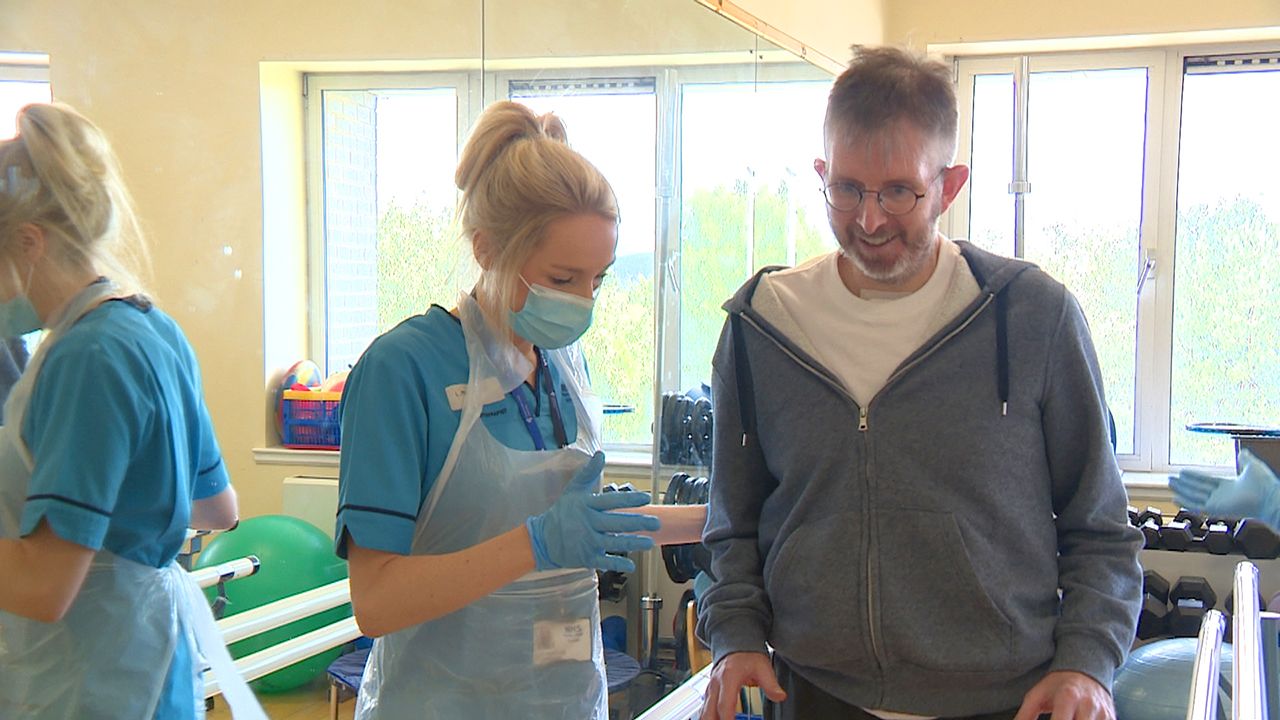 After four months fighting for his life, one of Scotland’s sickest coronavirus survivors is preparing to head home.

Grant McIntyre’s health quickly deteriorated after he was admitted to Ninewells Hospital in Dundee in March.

His family faced some dark times but after weeks of intensive rehabilitation he’s looking forward to starting the next phase of his long road to recovery at home in Perthshire.

Professor McIntyre, who is the clinical director at Dundee Dental Hospital, said: “For 50 days of this year I have no memory whatsoever.

“The only thing I remember is being put to sleep and thinking to myself this is going to be the fight of my life.”

After 120 days in hospital, 86 of them in intensive care, the 49-year-old is winning that fight. Just a few weeks ago he was unable to walk or talk. In fact he could barely move a finger or toe.

But intensive rehabilitation from a team of physio and occupational therapists at Ninewells Hospital is helping Grant make huge strides in his long road to recovery.

Dr Tom Fardon, consultant physician in Respiratory and General Internal Medicine at NHS Tayside said, “Grant was the sickest patient we looked after with Covid. He was admitted at the end of March.

“We were two weeks into our Covid service here in Tayside and we were particularly worried because he was young and otherwise fit.”

Dr Fardon added: “He didn’t have the culpabilities that we worry about that we thought at the time led to sever Covid.”

Grant spent six weeks in Aberdeen Royal Infirmary receiving ECMO treatment – a technique that supports the heart and lungs. It has been a worrying four months for his family.

“There were many, many days where there were very difficult conversations that the medical team were forced to have with me,” explained his wife Amanda.

“The worry and anxiety was immense. There were times when it seemed all was hopeless but yet he made it.”

Grant praised the lifesaving treatment he received from the staff at Ninewells: “These guys are my heroes.

“They’ve masterminded from the beginning getting me back to health and they’ve not only healed my body but they’ve also helped heal my psychology and my spirit as well.”

He says he will now applaud the 200 NHS workers that have been involved in his care alone when he leaves hospital next week.

“I’m very fortunate to be alive and my heart goes out to other families who have been less fortunate than us.”