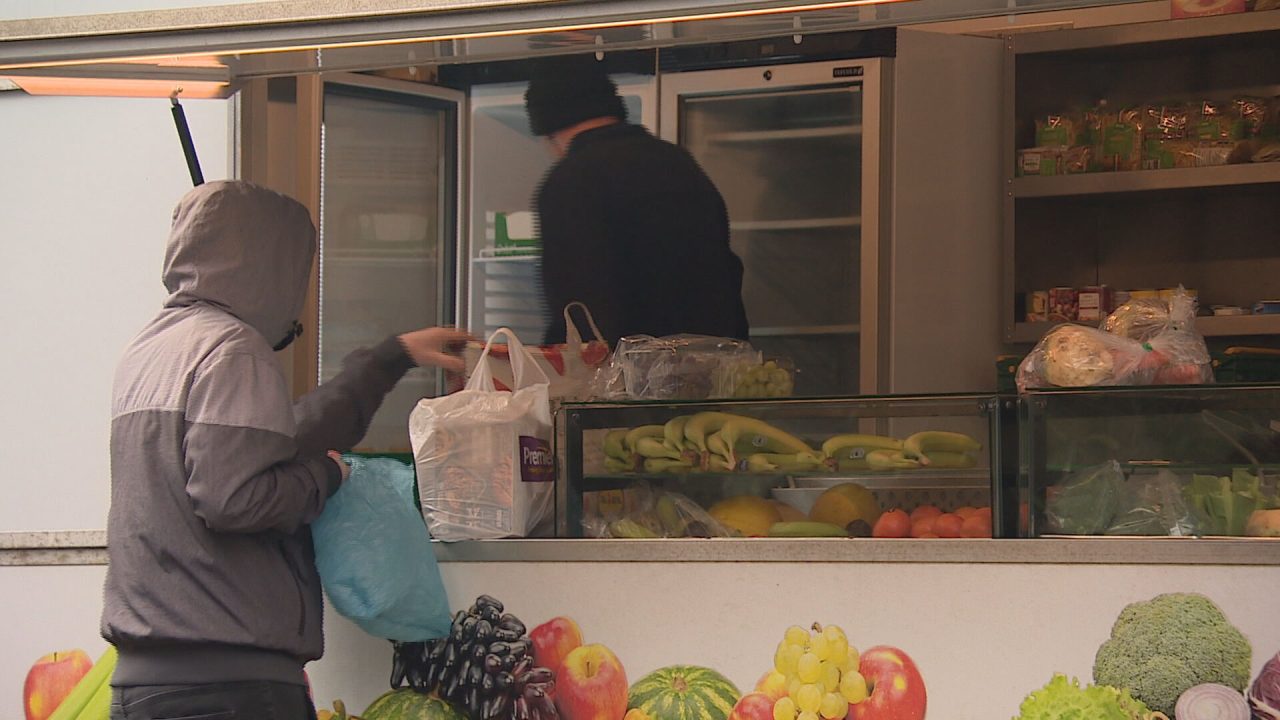 Hundreds living in rural Aberdeenshire are relying on a mobile foodbank due to lack of access to affordable groceries.

North-east charity Cfine report rising demand for its service in small towns and villages due to “inequality” as they’re forced to pay higher prices in local shops.

The service said a growing number in rural communities are accessing its food support van – as shopping further afield is difficult due to high fuel costs and bad transport links.

It travels to 12 Aberdeenshire towns and villages at least once every two weeks.

Rhey can see around 20 people per fortnight in Turriff while around 50 people require the service in places like Edzell Woods with no shops and poor transport links.

Development worker Sophie Morrison at Cfine explained that people who didn’t struggle before are now finding it difficult to get by.

She told STV News: “Some places that we go to don’t have any food stores at all, some of them might have a food shop but it’s really expensive.

“Some people don’t even want to use their ovens or microwaves or anything to cook food, people want instant kettle food due to the increased costs of gas and electric.”

Nathan Fieldhouse lives just under 10 miles from Turriff in Fyvie. He has access to a local shop but finds that the prices are out with his budget.

The delivery driver says he works as many hours as he can to get by.

“We’re struggling to make ends meet pretty much every week, wage to wage,” he said.

“[The food parcel] makes a big difference and takes a weight off your shoulders. I’ve had a few in the past where I don’t know what I’m getting and its sort of like Ready Steady, Cook.

“We’re definitely planning a lot more, we haven’t got hopes of a holiday or anything like that, it’s just… let’s get through next week.”