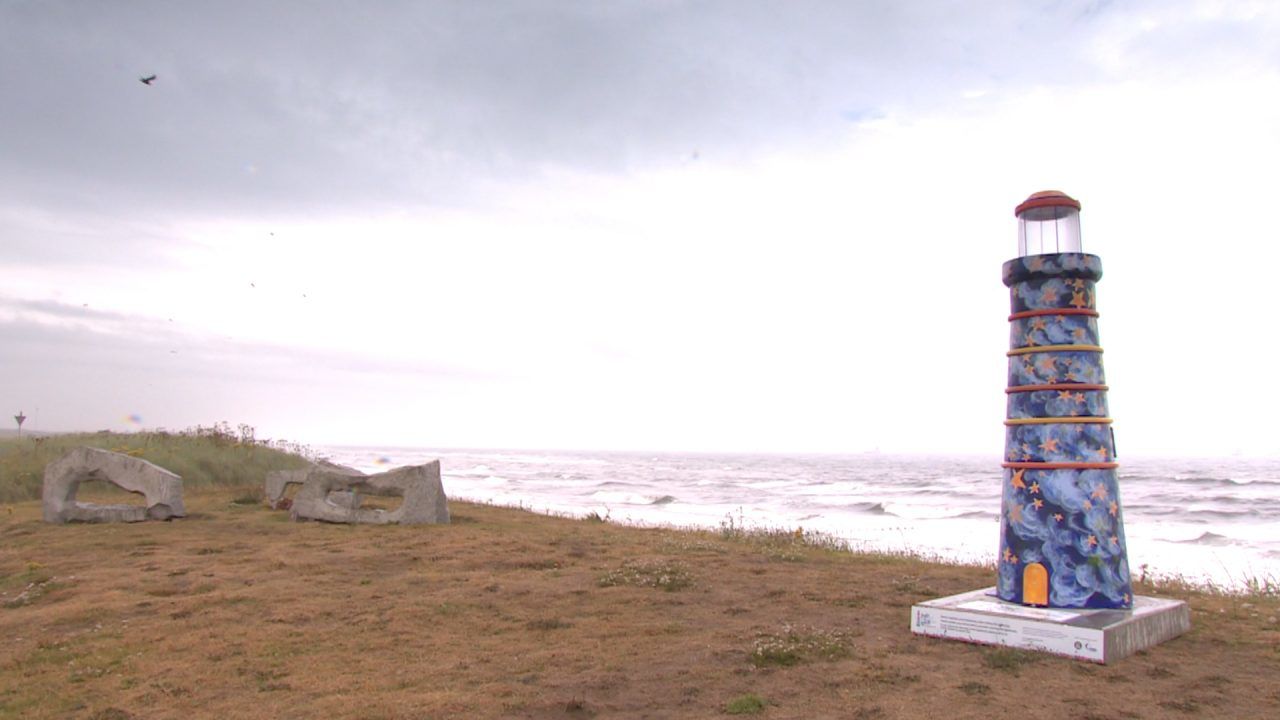 Lighthouse sculptures, painted by artists and schoolchildren, are forming the latest art trail to hit Scotland.

The last few summers have seen colourful models of dolphins and cartoon character Oor Wullie take to the streets of Scotland, but now, a new trail is coming to town.

The Light the North project has seen 50 large lighthouse sculptures, designed by artists across the UK, placed across Aberdeen, Aberdeenshire, Moray, Orkney and Shetland.

The initiative has been organised by CLAN Cancer Support, who will auction off the lighthouses in October to raise funds for the charity.

Fiona Fernie, head of income generation and business development at the charity, said: “The lighthouse is very symbolic for CLAN – it’s about a light in the dark and about making sure that we are a safe place.

“It’s a wonderful project for CLAN to be involved in and we could never have predicted at the time we took it on that it was going to be such a lifeline for us in terms of our financial stability.”

The models stand at over 8ft tall and showcase a variety of themes and colours. It is hoped they will draw people in to explore the area, with national and local artists taking part.

Lorna Jappy, from Lossiemouth, created the Guiding Stars lighthouse which can be spotted at the beach esplanade in Aberdeen.

“I was quite excited when I saw there was a launch of another art trail in Aberdeen which are always great,” she told STV News.

“I’m a Lossie girl so very keen to see lighthouse and things – and I just thought for CLAN as well – we all need a bit of support.”

Named Hope is the Anchor of Life, it uses artwork of marine life to symbolise how people can be affected by cancer.

She said: “While I was thinking about how to create my image, I wanted it to be personal to me because it makes it more important to paint.

“I also wanted other people to be able to relate to it so I made a list of the people that I know in my life who’ve been affected by cancer.

“In my life, I’ve had a lot of people – friends and family – who have been very dear and are no longer with me.”

The project has also worked with 75 local schools as part of the Little Lights Education Programme. Ninety mini-lighthouse sculptures, decorated by youngsters in the area, will go on display in public exhibitions as part of the wider trail – including at Aberdeen Science Centre.

The schoolchildren have learned about lighthouses as well as broader issues including the North Sea, renewable energy and cell biology.

Ms Fernie added: “The design work obviously fulfilled part of the art element of the curriculum.

“It also allowed them to learn about the history and heritage of lighthouses, the links to the North Sea, and what that means for their own culture.

“It’s not just oil and gas – it’s fishing and everything that surrounds it – so that’s been really important.”