Climate change protest group Extinction Rebellion have used a boat to block to the entrance to Shell headquarters. 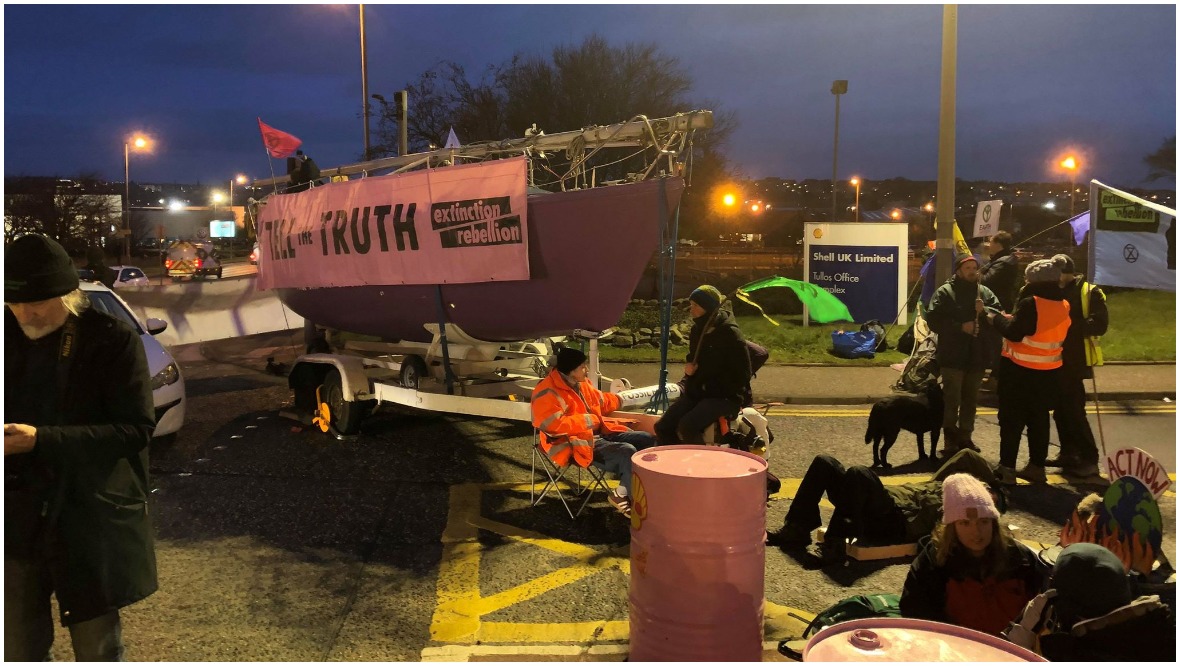 Around 30 activists blocked the main entrance of the site on Altens Farm Road with a big purple boat named Amal Gous.

Police are on the scene of what they described as a “peaceful protest”.

The campaigners secured the entrances with a lock and chain at around 6.30am on Thursday and said they intended to stay there for the full day.

The group, who are into the second week of two-week campaign Rig Rebellion 2.0, which has also seen them target sites in Glasgow and Dundee, intend to disrupt the company’s daily business.

One of the activists involved in the protest said: “Since the 1990s shell have been aware of the sheer scale of the climate emergency and their contribution to it.

“They put a lot of money into misinformation campaigns and lobbying to ensure the public were not aware. Shell are perpetrators of the climate crisis and I am here today to highlight this.”

The groups boat, Amal Gous, is named after an activist and tea seller from Sudan who was one of 200 peaceful protesters killed during the June 3 uprising.

A Shell spokesman said: “The heightened awareness of climate change that we have seen over recent months is a good thing. As a company, we agree that urgent action is needed.

“What will really accelerate change is effective policy, investment in technology innovation and deployment, and changing customer behaviour.

“As we move to a lower-carbon future, we are committed to playing our part, by addressing our own emissions and helping customers to reduce theirs – because we all have a role to play.”

Police said officers were at the scene of a “peaceful protest” outside the Shell premises.

Chief Inspector Davie Howieson, local area commander for Aberdeen South, said: “The road was blocked from around 6.45am on Thursday, January 16, and road users are advised to avoid the area for the time being.

“We are liaising with both Shell and the protest organisers, Extinction Rebellion.”