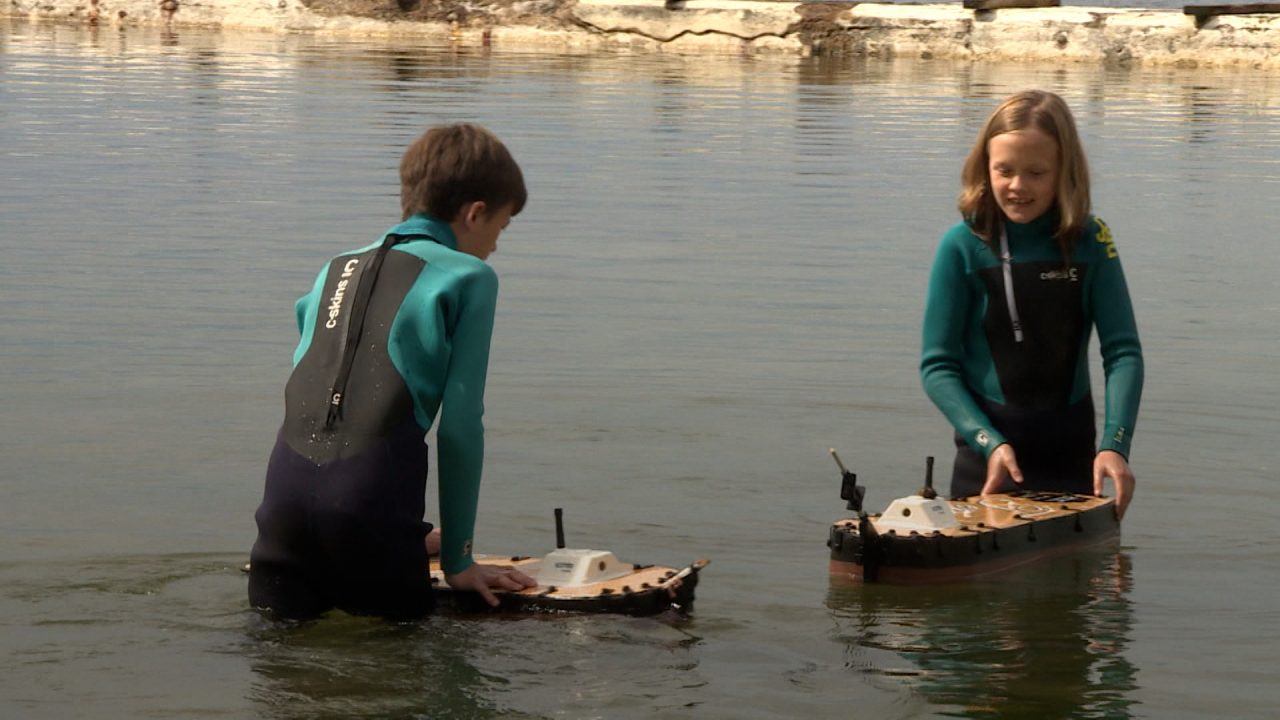 Two brothers are replicating a 19th-century expedition by launching tiny boats into the Antarctic seas.

Harry and Oliver Ferguson – aged 10 and 12 respectively – have built metre-long versions of HMS Erebus and HMS Terror to embark on a 12,500-mile journey.

The original boats took part in the 1839-1843 Ross expedition of Antarctica and the schoolboys will follow their mini versions from home in Turriff, Aberdeenshire, as they collect scientific data to fight climate change.

In what’s thought to be a world first, they will release the boats from Falklands, allowing them to drift off into the sea.

Harry said: “No one has done it before, it’s not really a normal thing for people to be sending out metre-long boats to find out things about climate change.

“We are probably the first people on earth to do it and it’s helping the earth.”

Months of work has gone into preparing the replica boats to navigate some of the world’s harshest waters for a mission spanning two and a half years.

The high-tech boats are complete with sensors to measure sea temperatures and pH levels – both of which can be used as markers for climate change.

Equipped with battery-operated hi-tech cameras, the boats will send back monthly updates.

Oliver, a Cop26 ambassador, said: “We thought this would be a fun idea to do, and it certainly did take longer than expected but the outcome has been amazing.

“The world is going through its resources so drastically that if we don’t improve then we won’t be able to survive.

“There’s a lot of waste, people are still using single-use plastics and oil, so we need to do something or we won’t be able to do anything.”