Around 20 activists from Extinction Rebellion Scotland and Glasgow Calls Out Polluters are at the SSE gas power station. 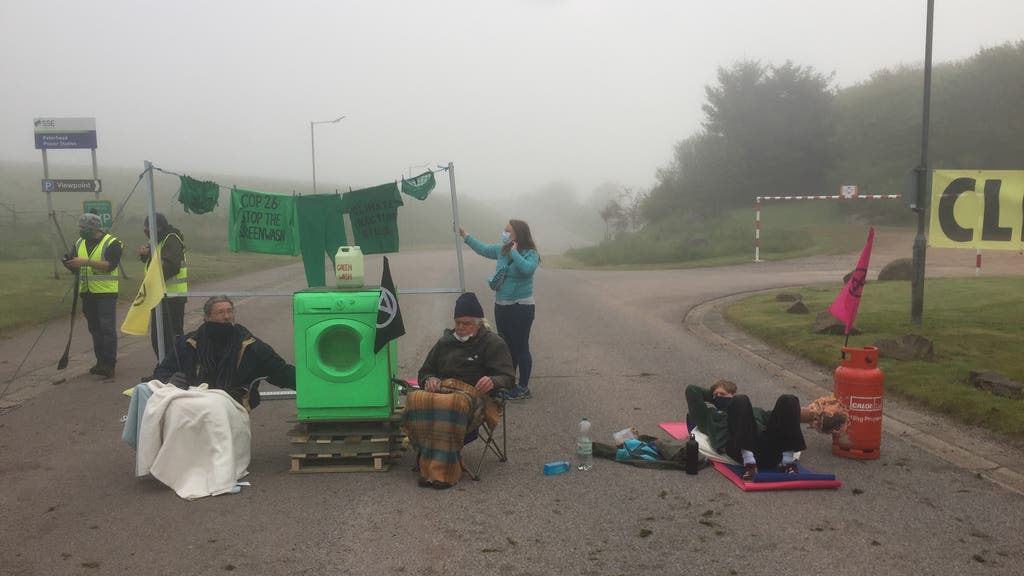 Climate activists have blocked the entrance to a power station with a washing machine to highlight “greenwashing” policies.

About 20 activists from Extinction Rebellion Scotland and Glasgow Calls Out Polluters are at the scene at the SSE gas power station in Peterhead, Aberdeenshire.

Four activists are locked on to a green-painted washing machine and two red gas canisters at the entrance to the site.

The group has a banner saying Clean Gas Is A Dirty Lie and have hung green clothes on a washing line, which include slogans like COP26: Stop The Greenwash and Climate Inaction Kills.

Cathel Hutchison, from Glasgow Calls Out Polluters, said: “By sponsoring Cop26 in Glasgow, SSE want you to think they are leading the charge into a renewable future.

“SSE are not fit to be given a platform at COP26.

“That is why we support our friends at XR Scotland to call out SSE as the climate wreckers they truly are!”

The protest is part of a series of Extinction Rebellion actions calling out “greenwashing” ahead of the G7 conference in Cornwall on June 10.

The activists are also calling for a Just Transition away from a fossil fuel based economy that does not abandon those who would be most affected by that shift.

Police said they are aware of the incident, which started at around 6.10am on Thursday.

A force spokeswoman said: “Officers are in attendance at a peaceful protest at the entrance to Peterhead power station and engaging with the protesters.

“Currently the main A90 is not affected.”