Leo picked up the useful skills from dog trainer owner Emily Anderson, who is stunned by the dog's abilities. 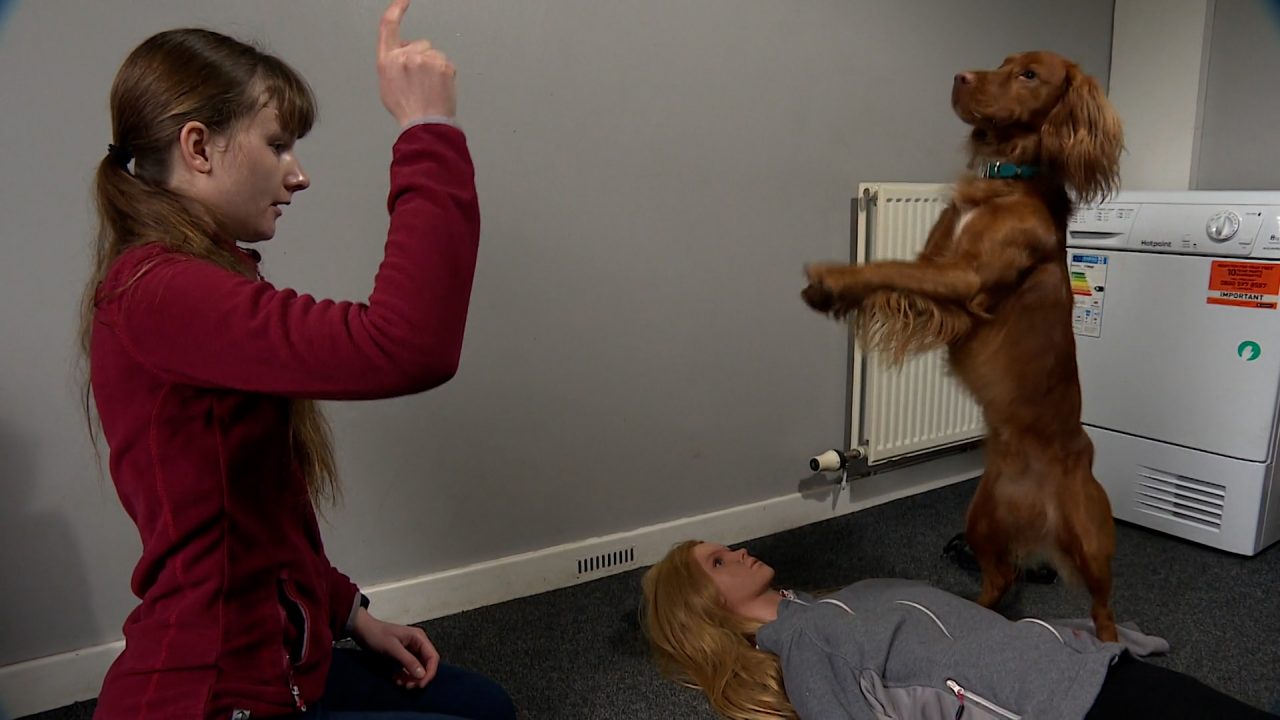 A clever cocker spaniel has stunned his owner by learning dozens of tricks – from painting masterpieces fetching hundreds at auction to performing CPR.

Little Leo has picked up the useful skills from his dog trainer owner Emily Anderson, and while he may not be old, he has certainly proven he can learn new tricks.

The double act from Aberdeen first started learning the skills during lockdown, after Emily was unable to take Leo to his agility classes due to restrictions.

She said that from the moment she first set eyes on Leo, she knew he was special.

“Since I first met him, even before I took him home, I knew he was super intelligent,” she told STV News.

“It was really the first lockdown, we were bored, stuck at home, that we started doing tricks and he picked them up at an unbelievable rate.”

The two-year-old pup can pick up a bat and complete a volley in table tennis, place colourful counters into a game of Connect 4 and even perform CPR by pressing on a dummy’s chest with his paws.

Leo could even be the next paw-casso after learning the command ‘paint’, sweeping colour across canvases that have fetched £100 in a charity auction.

“His ability to solve problems, quite complex tasks that I’m not sure how he’s doing, he somehow manages to figure it out.”

Emily is hoping that Leo can become top dog as they prepare to compete in the International Trick Dog competition, which sees dogs from across the world take part.

After winning six champion leagues in a row, Emily is quietly confident that Leo has what it takes.

“I could never have dreamt of owning a dog like Leo – I didn’t know half the stuff he does is possible,” she said.