Clackmannanshire couple finally say 'I do' after 60 years together

It was love at first sight for the couple, who first met at work in Birmingham in the 1950s. 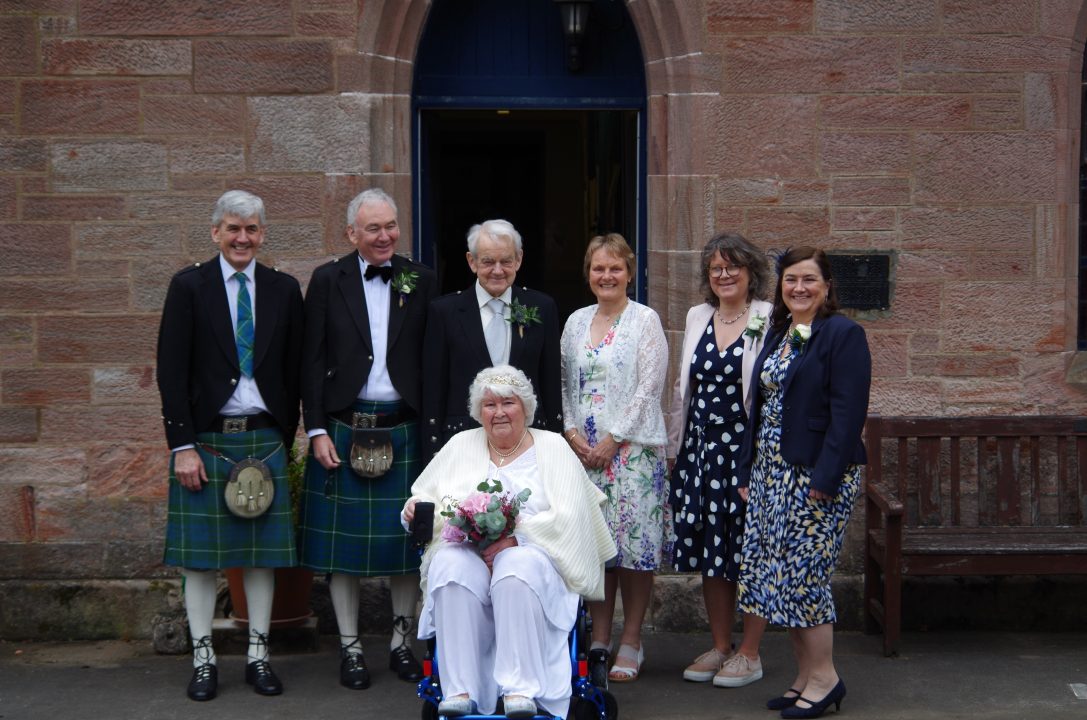 A Clackmannanshire couple have finally wed after being together for 60 years.

Alex and Jane Hamilton were surrounded by friends and family as they tied the knot in their local church in Tillicoultry on Saturday.

The pair met each other in Birmingham back in the 1950s, and have raised five children together. They said they were too busy working to think about getting married.

Alex, 91, said: “We never saw any reason why would you get married initially, although Jane did want to get married eventually. I promised her we would.

“But I’ve got a reputation for being late for everything, but 60 years is a long time to be late.”

When they first met, Alex was already married with two children and Jane was just weeks away from walking down the aisle herself.

Jane, 90, said: “I met Alex at work and it was five/six weeks before I was to get married, and he walked in and he just stood by the door. I’d never seen him before and he just smiled at me, and just something happened.”

“I would have put my wedding off then, if I’d known it was going to be. So I didn’t, I went ahead with it, with the wedding.

“I think he went away the day I got married. He felt the same.”

After six years, the couple eloped and moved to Scotland eventually where Alex started up a butter and cheese company in Bridge of Allan.

During those years the couple worked together and raised their family of two boys and three girls, and 11 grandchildren. Many of their friends just assumed they were married.

It was only a few weeks ago, the couple decided to wed: “He sat on the end of the bed about five weeks ago and he said ‘I think it’s time we should get married, don’t you?’ And that was it.”

Jane was surprised on the morning of their wedding by their grandson who had travelled home from Australia, while her daughter and granddaughter planned a make-up artist and a piper for the church.

“Nothing went wrong. There were a lot of people there who I didn’t plan. It was a perfect day,” she said.

The couple will spend their honeymoon in Oban in June – which is where they spent their first holiday together in the 1960s.