Cnàimhneach, which means skeleton in Gaelic, has been put to rest after decades in the medical profession. 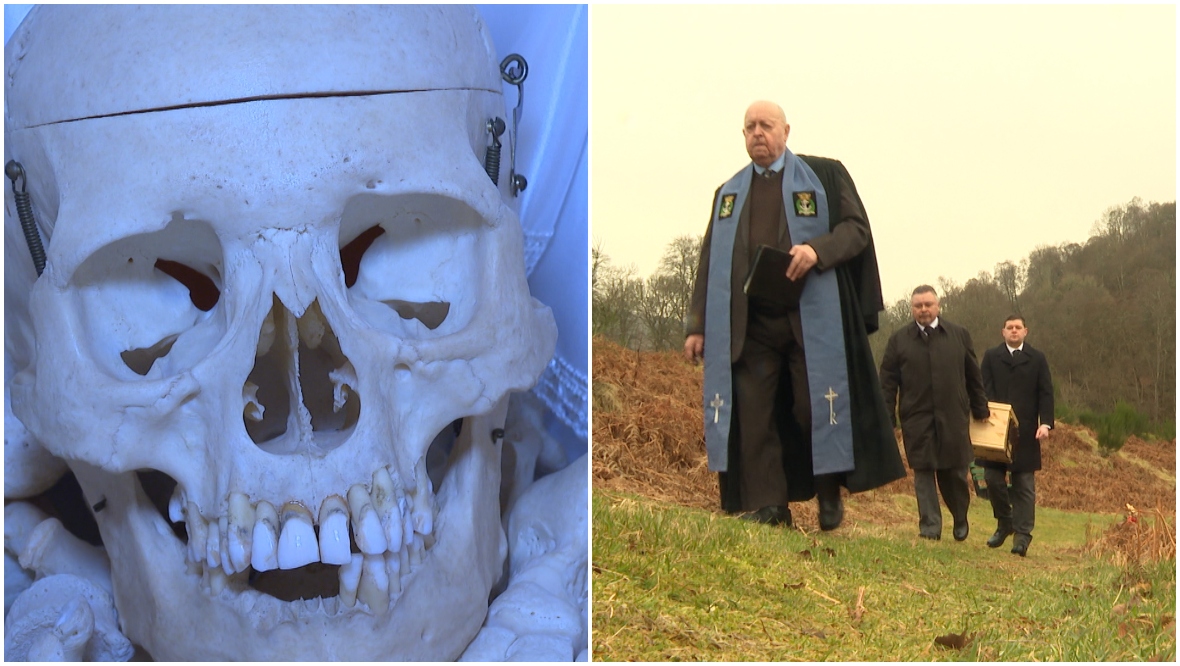 A skeleton used for medical training has been laid to rest in Crieff.

The anonymous bones, thought to be more than 100-years-old, were donated to Gauld funeral parlour three weeks ago.

The skeleton, named Cnàimhneach meaning skeleton in Gaelic, was said to have been previously used for medical training purposes.

The local minister from Crieff Parish Church, Jim Begg, led a funeral to finally lay the bones to rest.

He said: “Today it’s special for me as it’s the first and probably the only time I will have officiated the burial of a skeleton.”

‘Yes it is a skeleton but it was a soul and it was my overwhelming wish that I do the right thing by the skeleton and lay it to rest in the cemetery where it can be forever more.’

John Gauld who owns the funeral directors said: “We were contacted by the lady who had the skeleton in her possession, it had belonged to her father and been in the family for many years.

“She felt like something needed to be done with it and if we’d be willing to help with that.

“Yes it is a skeleton but it was a soul and it was my overwhelming wish that I do the right thing by the skeleton and lay it to rest in the cemetery where it can be forever more.”

Cnàimhneach is more than a hundred years old which is not unusual for human skeletons used for research, which were mostly donated for medical use in the 20th century.

The unusual thing about Cnàimhneach is that the bones are believed to come from two different people.

Professor Tracey Wilkinson Dundee University explained: “They’re invaluable collections for our students, most of them would’ve been imported from Russia, France or Germany but originally the majority come from the indian subcontinent.

“It’s unusual for skeletons to be made up of different individuals.

After spending decades serving the medical profession, Cnàimhneach was laid to rest overlooking the River Earn on Burns Day.

It was blessed with a Gaelic proverb which reads “Sith do d’ anam, is Clach air do Chàrn.”

Meaning ‘peace to your soul, and a stone to your cairn’.