Car flips onto side in two-vehicle crash at rush hour

The collision happened on Aberdeen's Wellington Road at around 5.05pm on Wednesday. 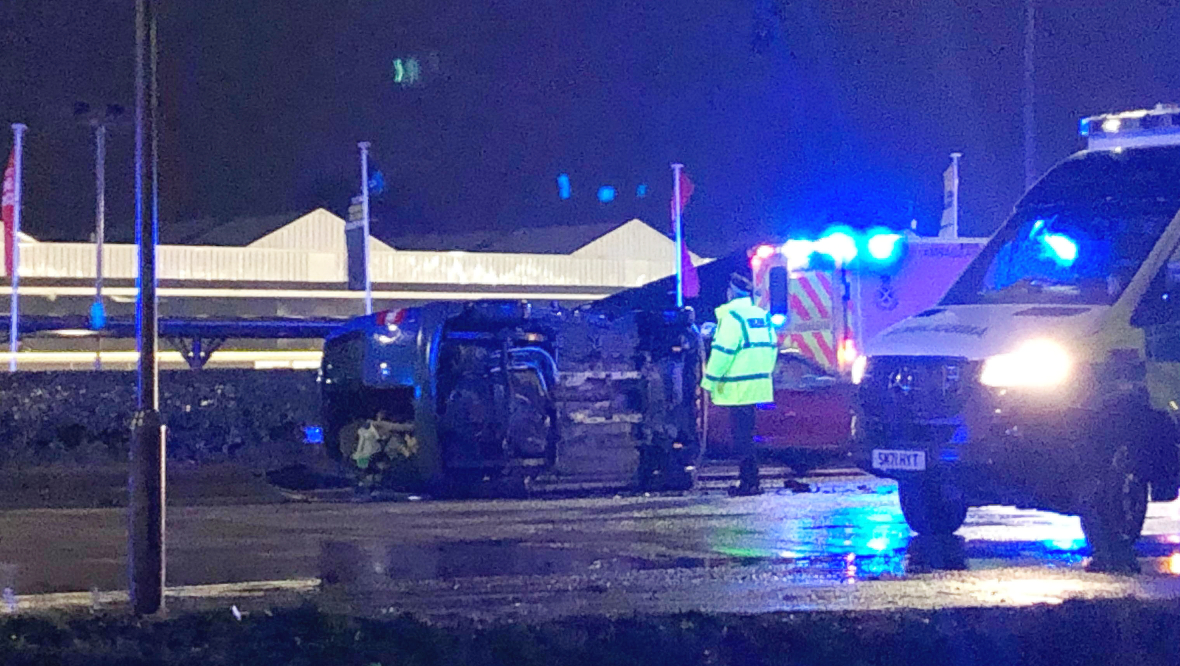 A car flipped onto its side following a two-vehicle crash in Aberdeen on Wednesday.

The collision happened on the city’s Wellington Road at around 5.05pm.

Police later confirmed that no-one was taken to hospital following the crash.

A Police Scotland spokesperson said: “Around 5.05pm on Wednesday, 28 December, police were called to a report of a two vehicle road crash on Wellington Road, Aberdeen.

“Police attended to assist and the vehicles were recovered. No-one was taken to hospital.”