Campaign to save Aberdeen's Belmont Filmhouse after sudden closure

The much-loved cinema announced it was closing due to "a perfect storm" of rising energy costs and declining trade. 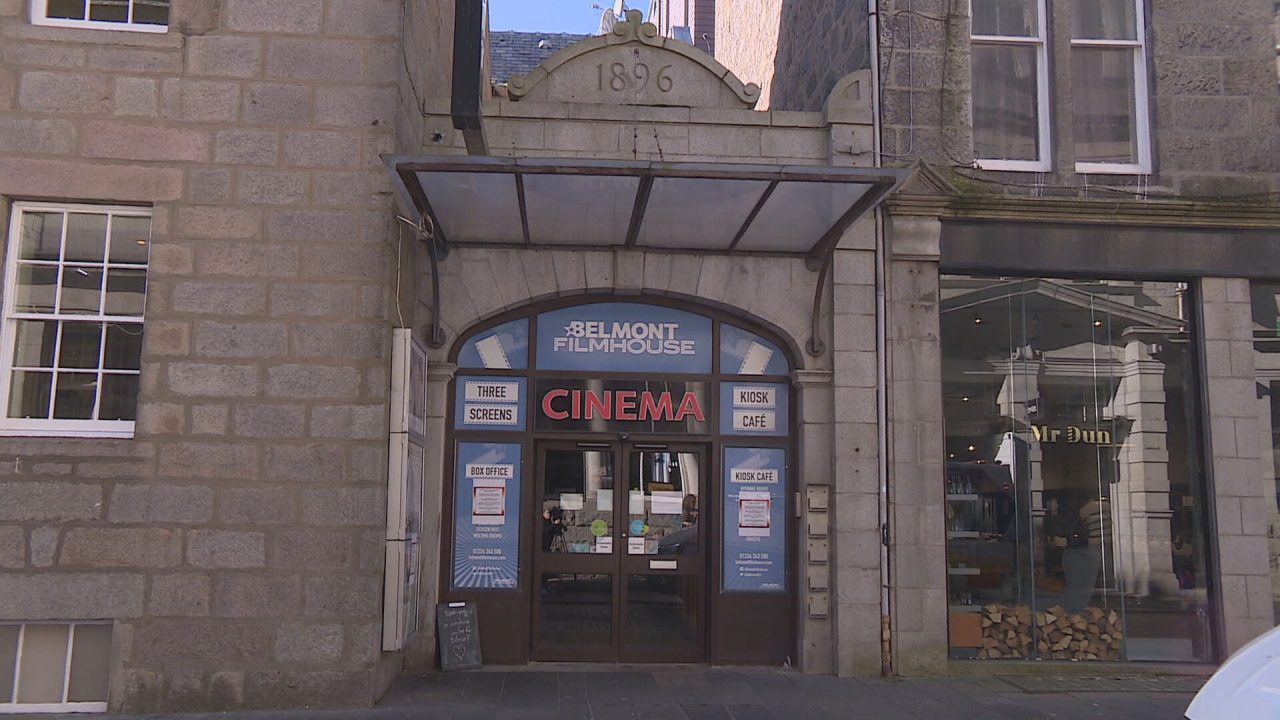 A petition to save a much-loved Aberdeen cinema has attracted almost 15,000 signatures.

The Belmont Filmhouse announced on Thursday it was closing its doors with immediate effect, resulting in the loss of 20 jobs.

Administrators were called in after the charity blamed “a perfect storm” of rising energy costs  and falling trade due to the effects of Covid.

Campaigner Mae Diansangu says the group Save the Belmont Cinema is determined to reopen it.

She told STV News: “We have got a lot of names. A lot of people from all walks of life and with different experiences, so it’s a case of rounding them up and thinking ‘What can we do?’

“We will have to talk with the council and other local businesses to see what kind of support and backing we can get. I’m sure that something can be done with that many people.

“I’m very hopeful although it would be a big undertaking, that something will work out . We might not be opening it next week but it is about the future proofing and it is a start.”

Dallas King worked at the film house for 13 years and eventually became its manager.

He said: “I know first-hand it’s very difficult to make money. It’s not something you would want to rush into.

“We need to take some time to look at all the options and figure out what is the best option for the Belmont whether it is a sole operator or community trust, then build a cohesive business plan and get public support behind that and make sure it has a sustainable future going forward.”

The online petition is also calling for The Edinburgh International Film festival and Film House to be saved after they too closed their doors.

A total of 102 jobs have gone across Scotland.

Community ownership is one of the ideas being discussed to save the Aberdeen venue. Other options include creating a community space.

Aberdeen businessman Craig Thom is keen to take over the Belmont.

He wants to turn the lower ground floor into a new restaurant while keeping the three screen art house cinema in operation and retain as many staff as possible.

He explained he wants to make it “more of a destination” as opposed to “somewhere where you can just watch films.”

The Labour leader of Aberdeen City Council Councillor Sandra Macdonald said the council must act fast to save the Belmont.

“We must make sure the business ends up in the right hands and is not simply sold to the highest bidder,” she said.

“The council is really keen to have an independent cinema as part of the cultural centre here in Aberdeen.

“We have the art gallery just across the road and it just makes sense so they will be very helpful with whoever comes  forward with a business plan.”

An emergency motion to save the cinema will be heard by Aberdeen City Council on Thursday.