Finn Hilton from Aberdeenshire finally took on his first solo flight on his 14th birthday. 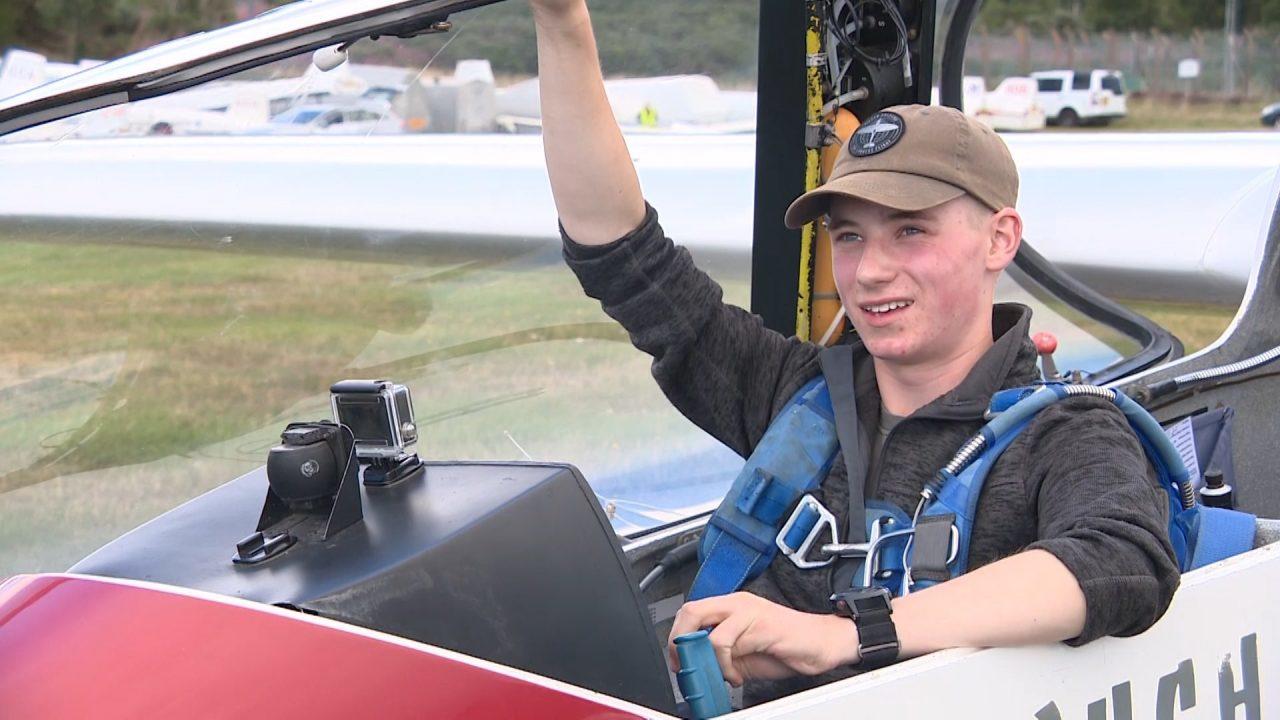 A teenager from Aberdeenshire has become Britain’s youngest pilot.

Finn Hilton, 14, from Methlick started flying gliders at the age of 12 and has since clocked up more than 50 flights at heights of over 8000ft.

Following his fifth solo flight, he told STV News: “It’s exhilarating, it really is. It was a little bit bumpy today but it just makes it more fun.

On his 14th birthday, Finn was finally given the chance to go on his first solo flight as his mother looked on.

Hannah Hilton says she is proud of everything her son has achieved so far in his flying career.

“It’s quite incredible what he has managed to achieve in such a short time,” she explained.

“He is just so excited, it always looks so peaceful.

“It’s not until he comes back down you realise how fast he’s been going but he loves it.”

The legal minimum age to fly alone is 14 and Finn’s instructor David Innes explained the teen was itching to do his first solo flight.

“[Finn] knew he was capable of flying solo over a year ago,” he said.

“He’s a very confident young man – we didn’t have to repeat lessons to him.

“He listened, understood and teaching him was a delight.”

“In terms of moving on and flying other aircraft, I would like to get my private pilot’s licence as well when I’m 16,” he added.

“I’m just happiest flying, there isn’t anywhere else I’d rather be.”