Blaze at Chinese takeway spreads to row of shops

Around 40 firefighters are tackling the blaze which broke out at a takeaway in Dundee. 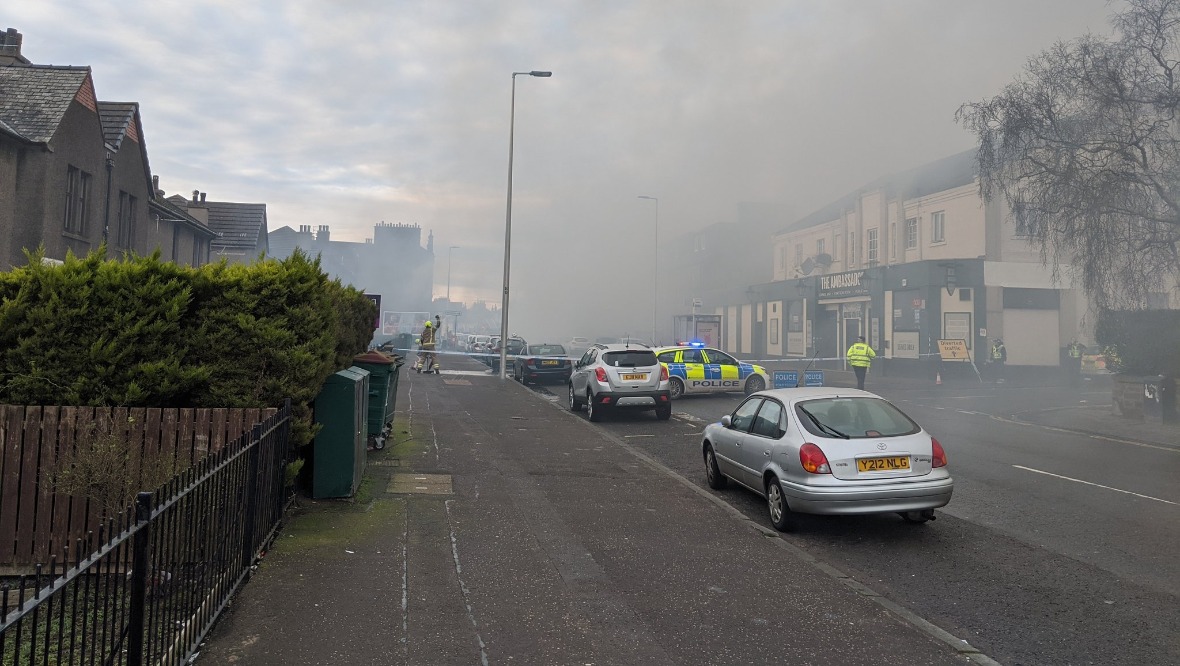 A blaze at a Chinese takeaway has spread to a row of shops in Dundee.

The fire broke out at around 11am on Saturday at the takeaway on Clepington Road, and has since spread to five other properties including a funeral directors.

At its height, the Scottish Fire and Rescue Service said that around 50 to 60 firefighters tackled the blaze.

Around 35 firefighters remain at the scene.

Police cordoned off part of the road and traffic was diverted.

The cause of the fire is being investigated.